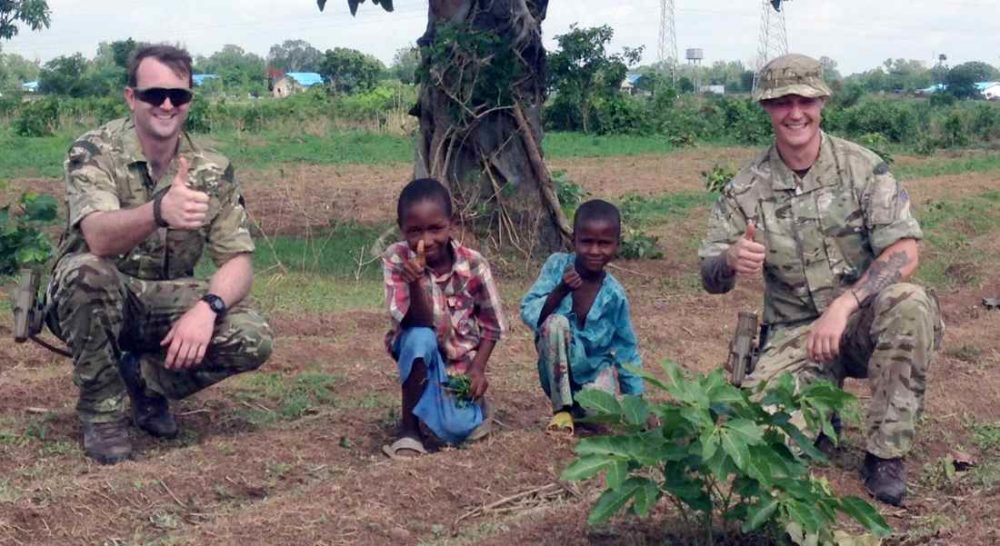 A LARGE CONTINGENT from the Moray-based RAF Force Protection Wing has been reporting back from a six-week deployment training their Nigerian Air Force counterparts.

In total 66 men and women from the Short Term Training Team (STTT) of No.5 RAF Protection Wing deployed from the Moray base.

Their focus is to deliver a training package that enables students to operate effectively in the Complex Air Ground Environment (CAGE) by understanding their role to provide security and Force Protection operations both inside and outside an Air base.

This task forms a key part of a layered defence system – deterring and defeating an enemy away from the airfield whilst also assuring internal security of a base. Additionally, Commissioned and Non-Commissioned officers will be given the opportunity to enhance their tactical leadership and planning skills, whilst the Junior Airmen and Airwomen build on the skills they learned during basic training.

The detachment is the third undertaking by the wing in a five-year programme, and comes after a request from the Nigerian Chief of the Air Staff, Air Marshal Sadique Abubakar, to assist in capacity building for the Nigerian Air Force Regiment.

He said: “Given the importance of bases in the airpower delivery matrix, it is not inconceivable to expect our adversaries to target our airbases. As a matter of fact, we have had an attack on one of our airbases in the recent past, and current intelligence reports keep highlighting the possibility of attacks on our bases.

“All these reinforce the need to emplace a robust base defence concept that is capable of providing guidance for responding to a wide range of situations that may threaten our bases.”

Officer Commanding 5 FP Wing, Wing Commander John Rees, added: “We are delighted to be here again and, as always, humbled by the warmth of the Nigerian welcome. We are proud of our Royal Air Force heritage and the opportunity to represent our service in the Defence Engagement arena.”

During time away from delivering training, STTT personnel have taken opportunities to expand their cultural awareness. A small group attended their first Nigerian church service, meeting local people and celebrating together.

Others burn the midnight oil, thinking tactics and formations for the first of the UK vs Nigeria Air Forces football series.

Having already delivered the ‘Train the Trainer’ package to 50 NCOs and Commissioned Officers, a further 250 students will now begin the Foundation Phase, bringing a total of around 300 Nigerian personnel to be trained across a mixture of ranks.

The programme will culminate with a demanding final exercise at a live airfield to validate the understanding of all skills taught in a realistic environment prior to the graduating students deploying to their first operational assignment in the Nigerian Air Force.