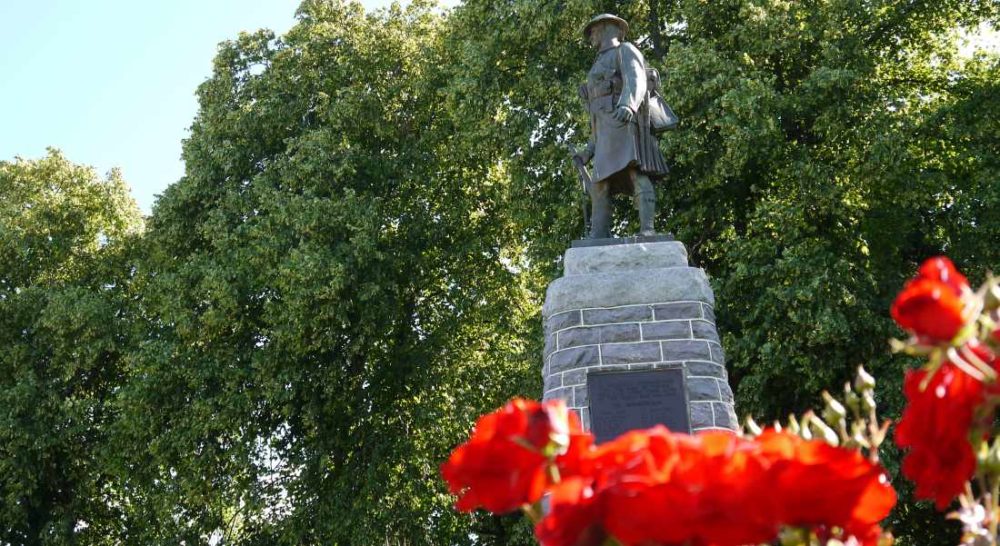 INSIDEMORAY IS TODAY calling on the Forres branch of the Royal British Legion and senior officers at Kinloss Barrack to rethink their decision to hold the town’s Remembrance Parade a week early.

Earlier this week it was revealed that a storm of protest was brewing over the decision, led by local woman Karen Ettles.

In 2016 the Remembrance Sunday parade in the town was brought forward a week because, it was reported, 39 Engineers at Kinloss Barracks had too many soldiers on deployment and would not be able to fully meet the demands of all local Remembrance ceremonies.

While that was accepted at the time, reports that the intention was to do the same this year has sparked fury in Forres, throughout Moray – and even further afield.

On learning that Karen Ettles had written to the secretary of the Forres branch of the Royal British Legion and received a less than respectful reply, insideMORAY asked readers to give their views on the plans to move the annual ceremony.

From over 640 people taking part in the survey, 94.6% said that the Remembrance Service in Forres should not be moved – only 5.4% saying that they had no issues with the move. Of those who took part the majority – 471 – declared that they lived in Moray, with 128 saying they lived in Forres.

Among those who voiced their objections was the Moray-based regional MSP, Edward Mountain, who said: “As an ex-soldier it is clear to me that Remembrance Sunday is on Remembrance Sunday. I am surprised others think otherwise.

“Yesterday I thought about those friends and colleagues who died in the Hyde Park Bombing 35 years ago. My belief is that the formal act of Remembrance is focused on National Remembrance Day and it gives us a chance, as a Nation, to stand together.” insideMORAY reader Eleanor Hayward summed up the general feelings of disappointment, adding: “It should be held as close to the 11th hour of the 11th day of the 11th month – not a week before. We should be at one with the nation and those military personnel who also observe this day in postings throughout the world.

“This second arrangement should have been put to the people of Forres to decide if a second year was acceptable to them not imposed on them.”

In a response to Karen Ettles, the secretary of the Royal British Legion’s Forres branch said that she should “Please do your homework first before causing a stir”.

However, in a letter to a local newspaper, John Clark from Legion Scotland hit back at the reason for the move being made – which had been stated by the Lord Lieutenant of Moray as being because of the higher number of people who turned out when it was held a week earlier in 2016.

Mr Clark wrote: “While it is very impressive to see a fine number of troops on parade to impress the local spectators, we must bear in mind the real reason for the parade – to remember those who suffered the ultimate sacrifice so that we can enjoy our freedom today. As an ex-serviceman of 37 years, on Sunday, November 12 I will be on parade not in Forres but at the Cenotaph in London.”

This article is being brought to the attention of the Secretary of the Forres Royal British Legion and 39 Engineer Regiment, Kinloss Barracks in the hope that they will note the overwhelming majority against moving the service from November 12.