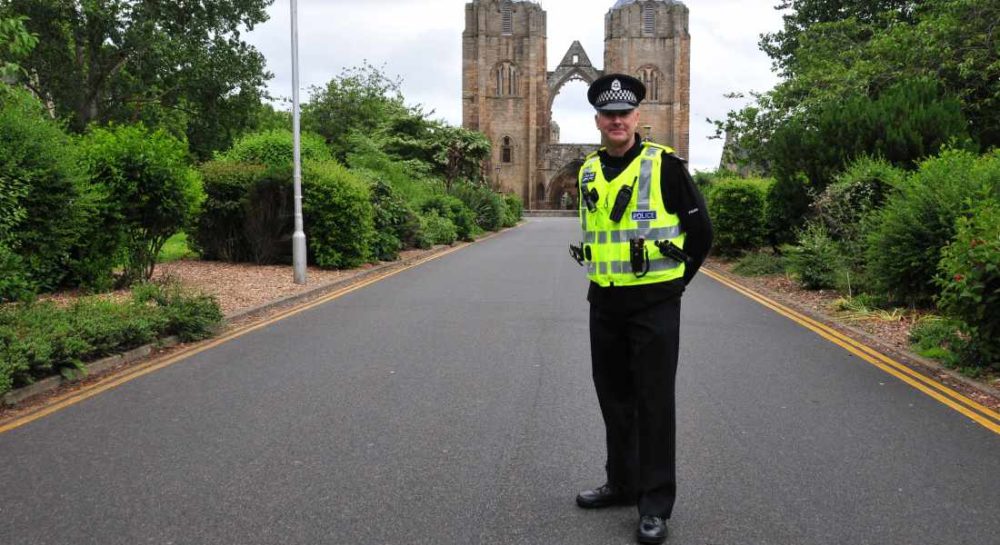 POLICE IN ELGIN have launched a new role in support of local community policing objectives with an officer tasked specifically at such as anti-social behaviour and youth disorder.

The town’s community policing team introduced the new role at the end of last month for PC Jad Leach, with local Inspector Graeme Allan explaining: “We have set up a new role to support local policing objectives, such as anti-social behaviour, youth disorder and retail crime and encourage further interaction with the communities we serve.

“PC Leach is already part of the Elgin Community Policing Team and has worked in the Moray area for the past 11 years. He will also provide support to new probationers who join the team here.

“In his new role, which officially started on 26 June, PC Leach will be working closely and proactively with partners in Elgin to address local concerns and assist with issues such as anti-social behaviour and retail crime as well as contributing to ongoing operations under our Community Policing Plan.”

PC Leach will support Probationer Constables at Elgin, introducing them to the communities in the town where they’ll get to further understand the local issues and attend community meetings.

Inspector Allan added: “The role will enable PC Leach to focus on sharing his skills with new staff whilst tackling local problems that affect our communities and I’m confident that he will rise to the challenge.

“The work that they carry out in the Community Policing Initiative should provide a regular visible presence around Elgin and will make a difference to the area.”

Speaking today of his appointment, PC Leach said: “I’m delighted to take on this new role within the Elgin Community Policing Team and I am looking forward to sharing my experience with those new staff who will join me in the coming months.

“It is hoped that a more active and face to face involvement with the local community, including retailers, businesses, licensed premises and local religious groups, will prove beneficial for all.

“This focused interaction will allow us to better address some of the community specific issues such as anti-social behaviour and retail crime.”