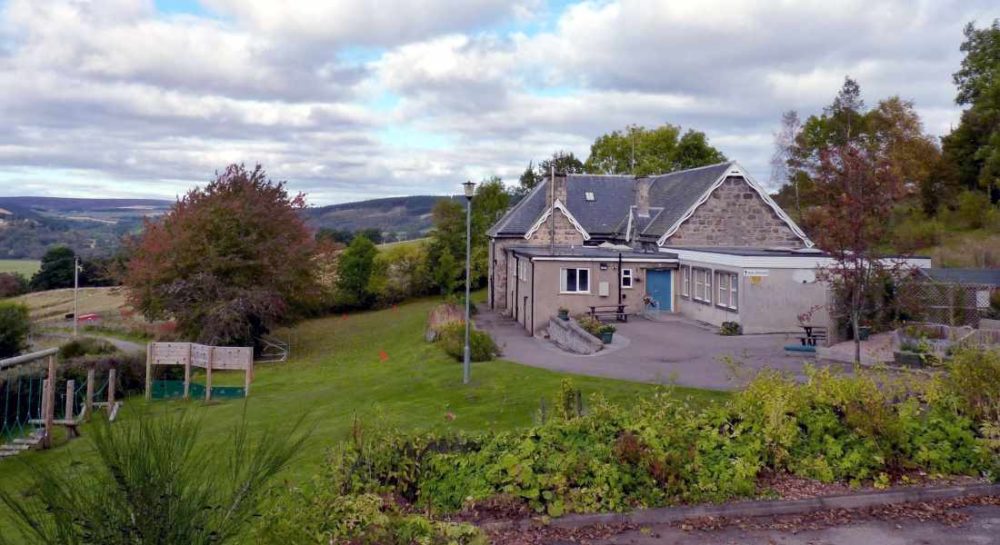 THE OPTION TO preserve a Speyside school that failed to open after the summer break because its last few pupils were withdrawn will be considered today.

Councillors will discuss the future for Inveravon Primary School with a recommendation from officials that it be ‘mothballed’ rather than closed completely.

That, they will be told in a report to the children and young people’s services committee, will produce a viable alternative to out and out closure. First, however, parents will be consulted on the plan should committee members give it the go-ahead.

In her report on the issue first revealed by insideMORAY earlier this year, head of curriculum development at Moray’s schools, Vivienne Cross, says that the ‘mothballing’ term is one used by in Scottish Government guidance to deal with a school that has fallen to zero. It provides an opportunity at some point in the future for the school to reopen should circumstances change.

The report says: “In considering alternatives to closure, authorities may choose to consider “mothballing” a school (or a stage of education or a nursery class at a school). This is a temporary closure which does not lead to a consultation under the 2010 Act.

“It is only appropriate in very restricted circumstances. When a school roll falls very low, the authority and/or community may consider that the school is not presently viable but do not wish to close it immediately because there is a reasonable prospect that the possible school roll will increase such that it should be re-opened in the future.”

Sixteen pupils attended the school at the start of the current year – however, by September 2016 that had dropped by three, with a further three leaving between December and March. Two more left in May leaving the role at June just eight.

Meetings took place with parents but it soon became clear the school had a problem, with Ms Cross adding: “By the middle of June additional placing requests from Inveravon to Knockando were received. The Head of Schools and Curriculum Development and the Business Support Team Manager offered to meet again with remaining parents.

“This was declined with all parents making decisions to move their children either to Knockando or to other schools. This happened very quickly with the roll dropping to zero by the end of June 2017.”

If approved this morning, parents will be consulted again next month over the mothballing of the school – the consultation will seek to reach out to all parents with children in the schools’ catchment area.

The decision will then be reviewed again in December when the result of the consultation will be taken back to the committee.