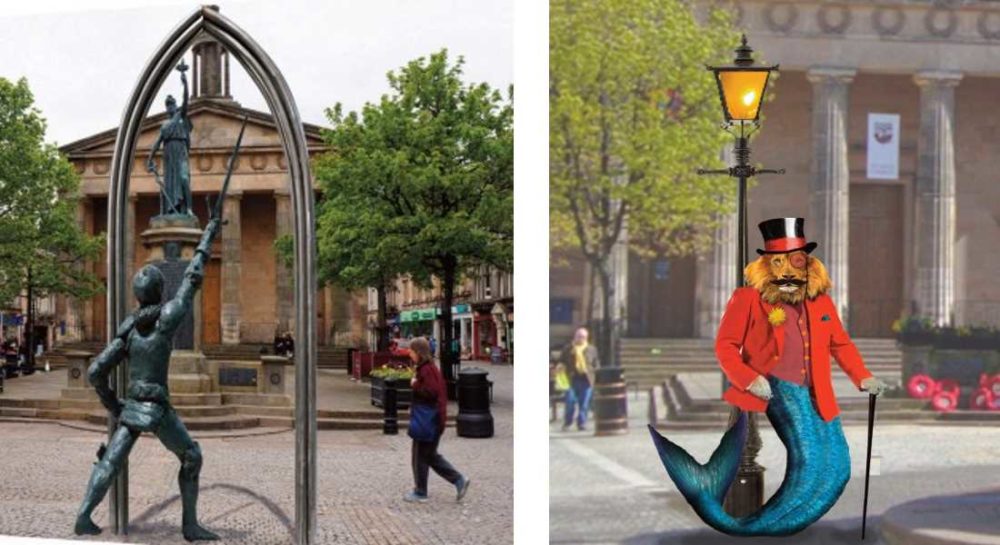 REPRESENTATIVES FROM TWO Moray towns met with judges from Keep Scotland Beautiful yesterday as they tried to ‘sell’ their high streets as Scotland’s most beautiful.

Both Elgin and Forres are on the shortlist for the title this year, but while remaining confident they are facing some very stiff competition from such as Falkirk, Fort William and Troon.

Elgin’s historical importance was a factor impressed on the judges who highlighted all the best features in the town centre and Cooper Park. In Forres the judges were asked to look in particular at the end to end colourful floral displays in the town, which has for many years been of massive pride to the town – and no stranger to Keep Scotland Beautiful judges. The national competition has been organised by Scotland’s Town Partnership, an organisation that supports all organisations and groups who are interested in having an ‘ownership’ of their towns.

“Our role is to act as a hub for relevant news and resources, knowledge and good practice,” a STP spokesman said, adding: “We support learning and community through our events while looking to influence and share policies that impact towns.

“We also seek to raise the profile of Scottish towns — which we do principally through our Scotland’s Towns Week campaign which encourages towns to run activities and the public to use their local services.”

Ten towns have been shortlisted for the 2017 award with the public having a major say in the outcome – visit the online voting form for Scotland’s most beautiful high street.