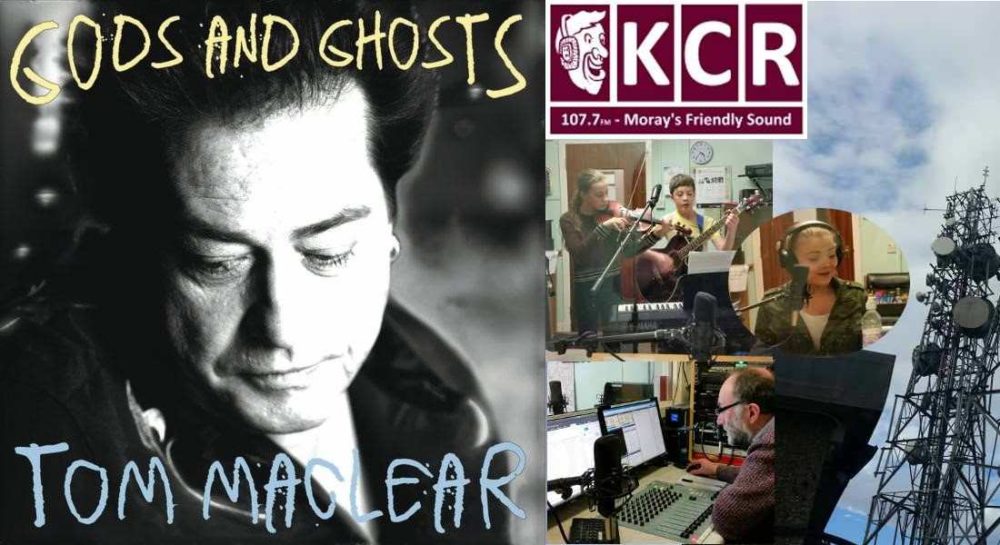 THESE DAYS LOCAL radio reaches out far beyond its regional boundaries – with such as Keith FM broadcasting online as well as on the airwaves recently very much proving that point.

The Moray station, broadcasting on 107.7FM, has regularly attracted listeners via its online service – such as two who were prompted to contact the station from their home in New Jersey.

As a result they spent some time in Moray, visiting the Keith & Dufftown Railway and going on a special tour of the Glenfiddich Distillery.

More recently, it was discovered that the singer in a New Zealand Blues Band regularly listens to KCR at their breakfast time – and when her band’s latest album was returned from the studios in Nashville, a download link was immediately emailed to the station saying “Thanks for the plays – if you’re quick you’ll have the world premier of the new tracks”.

In addition to privileged pre-releases from many local musicians, KCR had this year already been gifted the European premier of a new album by a major Miami based band.

Now a message has arrived via Facebook for KCR’s Don Chisholm, saying “Thanks for the play of a track from my new album – I didn’t know that my music was known in my home town.”

That was the result of Don coming upon a track by Tom MacLear – liking it, he included it on the KCR playlist without knowing much about Tom’s background. Tom said: “[This is] a bit of a homecoming for me, although I have not lived in Keith for many years, it is where I call myself from.

“I was adopted after I lost my family, who were from Keith, and spent most of my years after 13 in England and the United States in Los Angeles – but I spent many summers in Keith and Aberdeen through my 20’s.

“After those years, I’ve lived in L.A., Sweden, Ireland and the West End of London – but my heart was always in Keith.”

Tom last toured the UK in 2006 and 2007, playing the Bien Inn near Perth and with regular stops in Scotland’s major cities, adding that, sadly, his last visit was in 2012. He worked for many years writing songs for other people and for the film industry before finally recording himself.

Now very well known in the United States, he works with many major musicians – telling KCR: “Thanks for the spin of Purple Sky – it’s one of my favourites. That song is filled with great musicians, the lead guitarist is Dallas Hodge from Canned Heat and the Catfish Hodge Blues Band of yesteryear, while the drums were played by one of Chuck Berry’s old drummers Kirk Arthur.”

He added: “At some point we’ll be setting dates to fly your way to do a UK, Ireland Radio Promo Tour and would very much like to meet you guys the next time I come home.”

Despite living in California, Tom now regards KCR very much as his home radio station and, knowing that everyone is an unpaid volunteer running the station for the love of it, has kindly sent a generous donation towards the station running costs.

KCR Chairman John Seivwright said: “We’re all delighted that a station like KCR has so much impact both here in Moray but also in reaching out to people across the world, some who come to Moray as a result, and some, like Tom, who will be coming home.

“His songs now get played regularly on several KCR shows and in our very popular afternoon Jukebox as well. We are really looking forward to welcoming him home as a local loon.”

KCR is Moray’s Community Radio Station and broadcasts on 107.7 FM and on the Internet at http://kcr.fm