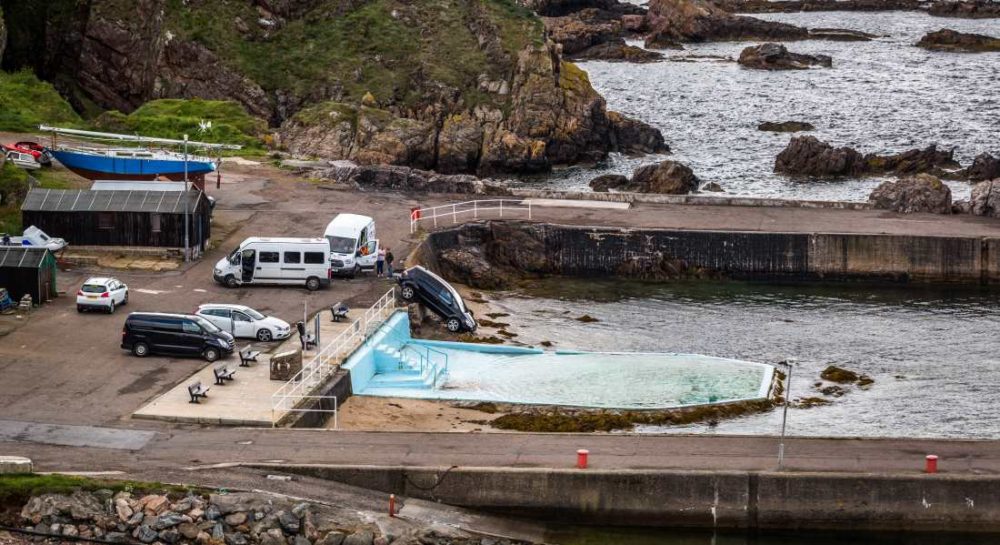 A MOTORIST FOUND themself in a tight spot on Friday when a car rolled off the end of a pier and was precariously balanced with its front in the sea beside a paddling pool.

The drama happened at Portknockie on Friday afternoon when it is thought the hand brake on the Ford S-Max had failed, causing it to roll gently off the pier.

Children continued to play in the area completely untroubled by the mini-drama going on around them as efforts were made to get the vehicle back on four wheels. However, there was never any danger to life nor limb – just an embarrassed motorist who faced the tricky task of getting the car back on the road.

A police spokesman said: “The vehicle was positioned on the edge of the wall with its nose in the water. It is possible that this happened through a faulty handbrake.”

insideMORAY reader Neil Hamilton was on hand to capture the scene as a local farmer came to the rescue of the unnamed driver, who recovered the car from its precarious position using rope and a forklift truck.