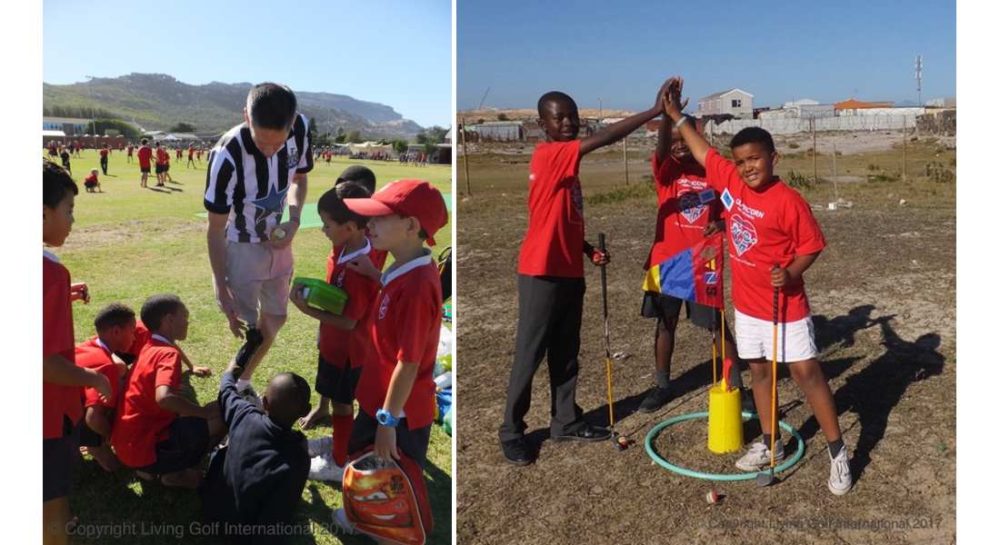 A PROMINENT SOUTH AFRICAN Neurobiologist in exercise science is to provide a key lecture to a Moray group undertaking a study into the impact Golf has on Mental Health.

Moray group Living Golf is assisting Dr Laurie Rauch from the Exercise Science and Sport Medicine at the University of Cape Town.

Dr Rauch specialises on the Autonomic Nervous System – brain function and biofeedback. He holds international conferences on his research into ‘the motivated brain’.

After being knocked off his bike by a drunken container truck driver while training for the South African Triathlon Championship, Dr Rauch sustained severe brain and spinal cord injuries and lost his right leg above the knee.

Ten years later, after training for a full year, he finished the Argus Tour, a 109km cycling race around the Cape Peninsula in South Africa. His biggest hurdle during training was the stress his damaged body caused him.

He now considers cycle racing to be less daunting than learning to walk with a prosthetic leg, having brain and spinal cord injuries, and severely weakened muscles from the accident.

Dr Rauch now inspires people of all ages and backgrounds to change their lives and focus on low intensity, right brain dominated exercise. He discovered that “it’s not about trying harder – it’s about balance while letting go”.

Through Living Golf, Dr Rauch is researching the impact of golf on mental health, through the integration of left and right brain, with every golf shot. This is being carried out at a poverty stricken African township school and a world-renowned Cape Town primary school.

The lecture will be delivered on Saturday, September 2 from 12noon until 1pm at Forres House in Forres, and also on Thursday, August 31 from 6pm until 7pm at the Lecture Theatre in Moray College UHI.

The event is part of the continuing work of the Forres Area Wellbeing Network (FAWN).