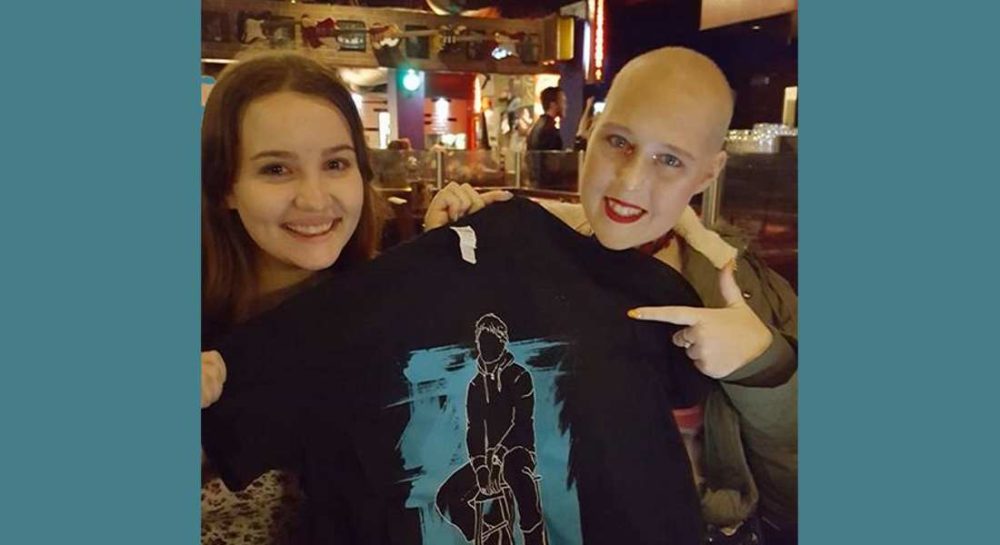 A LOSSIEMOUTH TEENAGER who captured the hearts of thousands has lost her three-year fight against the rare bone disease Ewing’s Sarcoma.

In a heartbreaking announcement yesterday on a fundraising Facebook page set up on her behalf, the news nobody wished to hear was given in a heartrending statement.

It read: “It is with a heavy heart when writing this but today the stars will shine brighter as heaven has gained an Angel, a truly courageous, beautiful, kind, caring, funny young lady who’s strength would match that of a million men.

“To say she was an inspiration is an understatement, at such a young age she personally brought so many people together and taught them the meaning and value of true love and friendship. Our hearts break for her wonderful parents, sister, grandparents, family, godparents, friends, so many people.

“Light up the sky with your contagious smile Dion your beautiful soul will live on in every single person who had the privilege to know you.”

Dion’s mother, Kerry, said that her daughter was “such a brave, beautiful, bossy little soul right up until the end”.

Dion was first diagnosed with the rare disease when she was just 15-years-old. Following a year of treatment, she was given the all-clear in 2014 – however, a year ago doctors revealed the devastating news that the cancer had returned.

A proud moment came for Dion in December when she was presented with an honorary black-belt from the Empower Martial Arts Club in recognition of her amazing courage.  Kickboxing was her passion – now the club has vowed to hold an annual fundraising event in her name.

The fundraising effort started by Dion had almost reached its £5000 target last night – all proceeds will go to a charity of her family’s choosing.