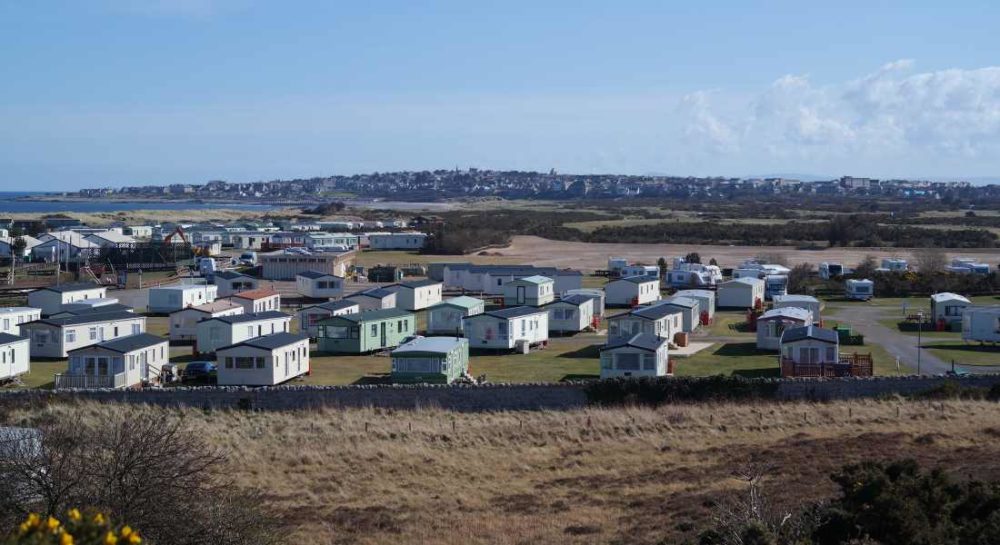 A NEW ROW is developing at a Moray caravan park with caravan owners insisting that they are being forced out through pitch increases as high as one third.

However, owners of the Silver Sands park near Lossiemouth insist that new prices reflect the investment they have made – and the end of a three-year commitment not to raise their charges.

The park has been no stranger to controversy over the years, having changed ownership several times and being embroiled in a high-profile fraud case where a former salesman was found guilty of selling caravans without the knowledge of their owners.

After the park owners went into administration, it was purchased by Richard Wright Estates in 2013, who spent around £1million upgrading the park. Two years later current owners Bridge Leisure Parks took over the site and continued an investment and improvement programme. Now caravan owners are furious that they are being asked to pay increases of over £1000 from next year – with many of them lodging their objections with the National Caravan Council (NCC).

They have accused the park owners of trying to entice some residents away from complaining by offering them a ‘discounted rate’ if they withdraw their objections. It is being reported that around 100 caravan owners have lodged objections – with around 70 more required, around half the total number of owners, for a formal complaint to be lodged with the NCC.

A spokesman for Bridge Leisure Parks insisted that owners knew well in advance that increases were coming, saying that when they purchased the park the previous owner had frozen pitch fees for three years.

He added: “We honoured this commitment, which meant that holiday home owners saw no increases to their annual site fees between 2015 and 2017. Now that offer has ended those owners are moving on to our standard pitch fee – which has increased from 2015 levels to reflect the significant investment we have made across the park over the last three years.”