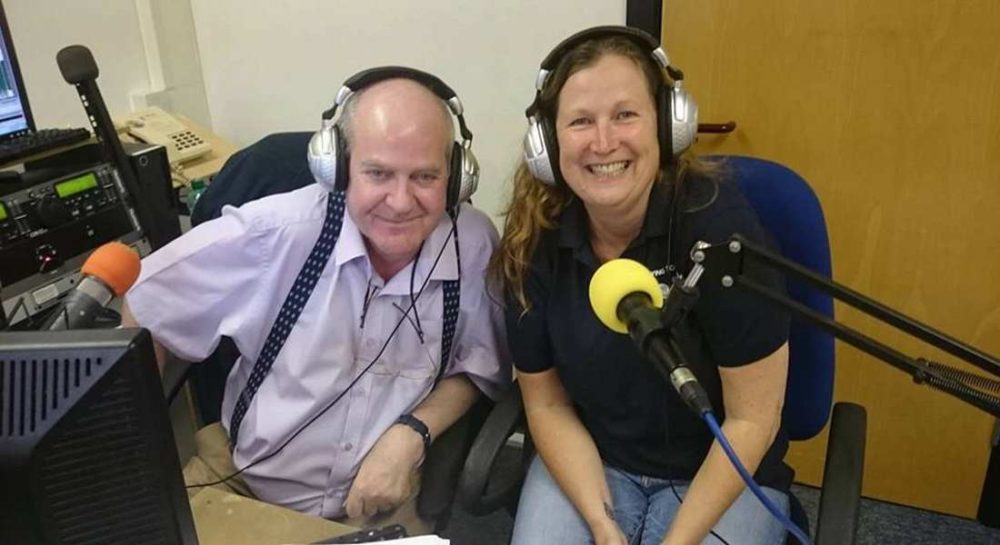 Three popular Moray community media organisations have joined forces in an effort to ensure a locally based news service for Moray has the widest possible listening audience.

Wave Hospital and Community Radio Service joined with community news website insideMORAY in August to produce a weekly hour-long news magazine show that has blazed a trail for the first ever community-based broadcast news service.

Now the weekly magazine, hosted by Stuart Crowther and Karen Cox from insideMORAY and produced by Wave Radio, is also to be broadcast from Saturday, November 11 on KCR107.7FM.

Stewart Kennedy, Wave Radio’s chairman, said: “We approached insideMORAY as for some time we wished to produce our own local news output which, given we are a community station, we thought would be a perfect fit with our local community news producer.

“The result has been an excellent weekly show that embraces topical news from the week along with interviews and input from people from all walks of Moray life. Stuart and Karen have very quickly established a rapport with each other and their guests, broadcasting and discussing news that might not otherwise be given the airing it deserves.”

Eddie Stuart from KCR107.7FM said that they had been monitoring the situation from the start and while they could have gone their own way to producing a news service as they had done for national issues, the ‘Wave Newsbeat’ output in their view deserved a wider audience.

Eddie said: “This is a quality news magazine produced by people who have a passion and a great deal of experience in delivering community news. We were delighted when Wave agreed to our proposal that we join forces in this project – and we regard it as a justification of our Ofcom licence that we are able to help to bring Newsbeat to the FM airwaves. We look forward to a long and fruitful relationship with mutual benefits to us all but especially to the community as a whole.”

Stuart Crowther, Editor of insideMORAY, said: “I have a background in community radio and always felt that a partnership with Wave and KCR107.7FM would be the best way to deliver such community news service to the people of Moray.

“So when Wave approached me I was only too happy to discuss what became Wave Newsbeat. The response from local people has been tremendous – and even those appearing on the show, often for their first experience of live radio, have found it to be a fun and highly enjoyable way of getting their message out directly to our communities.

“Looking further ahead we have plans to extend the community news output to encompass regular evening bulletins, perhaps produced by young people throughout Moray.”