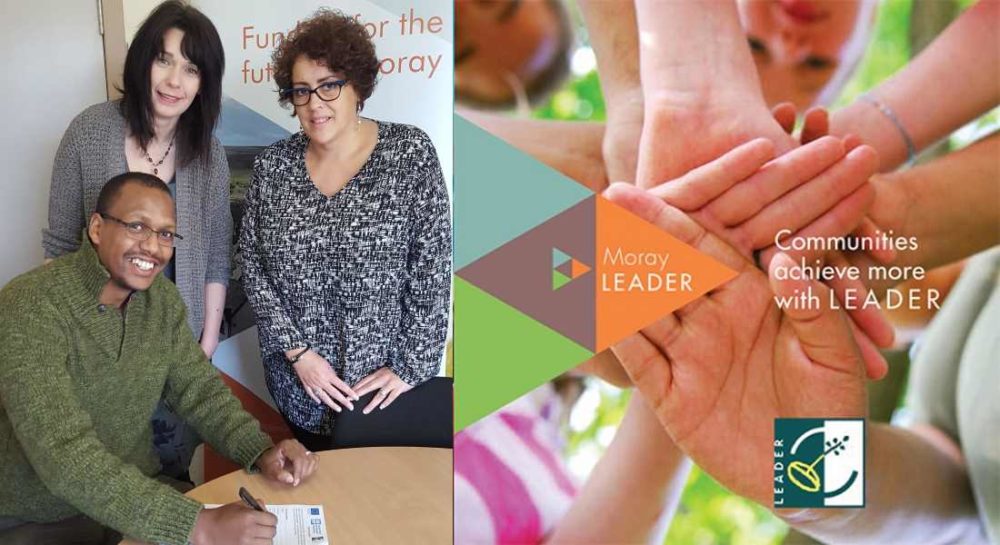 FOUR MORAY PROJECTS have become the first to receive funding from the Moray LEADER Programme – amounting to an investment of over half a million pounds into the Moray economy.

The Moray LEADER action group, a partnership made up of public, private and third sectors alongside independent representation, have revealed their decisions on the first round of funding.

Awards include over £118,000 for Macbeath-themed holiday lodges and over £369,262 for a new social enterprise hub.

Karen Sutherland from Brodie will use her funding to improve Macbeth’s Hillock – the site where Shakespeare’s Macbeth is said to have met the three witches – from a currently undervalued tourist destination to a focal point in the promotion of Moray as the home of Macbeth.

LEADER will part-fund the development of five mini lodges for holiday accommodation, which will have a quirky uneven appearance so as to resemble witch huts. There will also be information boards telling the story of Macbeth, the witches and the Real Macbeth, as well as giving tourists information about other sites in the area relevant to this time.

Ekopia Resource Exchange Limited of Findhorn have been awarded £369, 262.61 to develop and build a Social Enterprise Hub at Findhorn Ecovillage, the aim of which is to provide a collaborative, supportive and affordable working space for innovative social enterprises in the Moray area.

The hub will provide offices, workshops, spaces for food production/craft activities and facilities such as hot-desking. There will also be access to social networks, peer support, information and expertise in an environment which will facilitate collaboration, innovation and cross-pollination, thereby supporting Social Enterprises to develop their enterprises and increase the impact of their work.

The poverty conference will be hosted by Moray Foodbank who will work with members of the Fairer Moray Forum – a strategic group consisting of representatives from third sector organisations, NHS Grampian, Parliament, and The Moray Council.

The conference will be a free event with a variety of speakers covering different aspects of poverty.

The Moray Society has been awarded funding for renovation work on Elgin Museum, addressing key issues that will significantly improve the condition of the building, protecting its collections housed within as well as prolonging its lifespan allowing future generations to benefit from this significant and much-loved resource.

Norman MacAskill, Moray LEADER Programme Manager said: “We are thrilled to be able to announce the investment of around half a million pounds of LEADER funding in these excellent and varied projects, all of which will contribute to the economic and community development of Moray.

“In their subject, size and scope, they demonstrate the wide variety of activities that can be funded by LEADER, and we know that many other exciting projects from across Moray will be coming up for consideration in the near future.”

Alastair Kennedy, Chair of Moray LEADER Local Action Group (LAG) said: “The Moray LEADER LAG is delighted to have been able to agree these applications.

“Members are pleased at the variety of applications which obviously meant lengthy deliberations by the LAG before they could be agreed. It also shows that the Local Development Strategy, which the LAG must work within, allows for a variety of successful applications.”