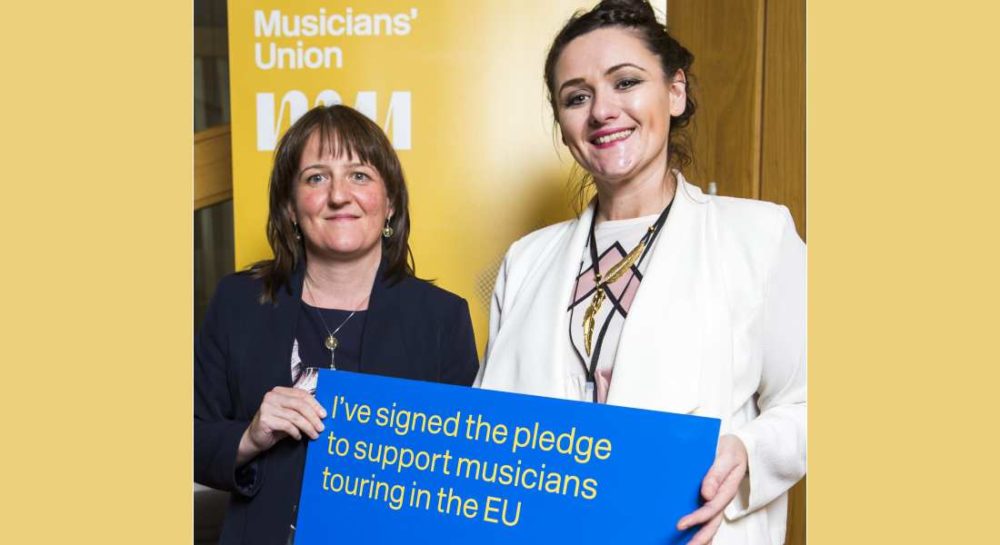 THE RIGHTS OF MUSICIANS in Moray and throughout the Highlands and Islands should be protected post-Brexit.

That was the view being supported by SNP Regional MSP Maree Todd, who took part in a members’ debate in Holyrood this week in support of musician Tom Arthur MSP.

Ms Todd used her speech to highlight the impact Brexit will have on musicians in Moray and the Highlands and Islands, which is home to a vibrant music scene.

Commenting after the debate, the MSP said: “I have to say that it is very unusual for folk from the arts scene to speak with one voice, but on the subject of Brexit the feelings and concerns that have been expressed to me are pretty much unanimous. When asked if Brexit will impact on them, musicians answer with one voice: “Yes—badly.

“I will always support musicians and performers in my constituency, and will urge the UK Government to ensure that they can continue to be able to travel easily across Europe post-Brexit for touring and performing with minimum administrative burdens.”

In her speech, Maree highlighted that Celtic Connections festival has already been impacted by Brexit. Organisers have revealed the festival has been forced to dramatically scale back the number of overseas acts in its line-up because the slump in sterling has reduced its buying power so significantly.

The creative industries are worth over £87billion to the UK economy – more than oil and gas, life sciences and aerospace combined – and is the fastest-growing sector of the economy, employing 1 in 11 people. The UK has the largest cultural economy in the world relative to GDP, is the largest producer of recorded music in Europe, and is the second largest exporter of music (after the US).

“We know from touring in the US elsewhere, that visas and other restrictions impose significant costs and administration, and occasionally considerable financial loss when visas aren’t processed in time.

“We are calling on MPs and the Government to help secure a deal that will ensure ease of movement for touring and performing post-Brexit”.