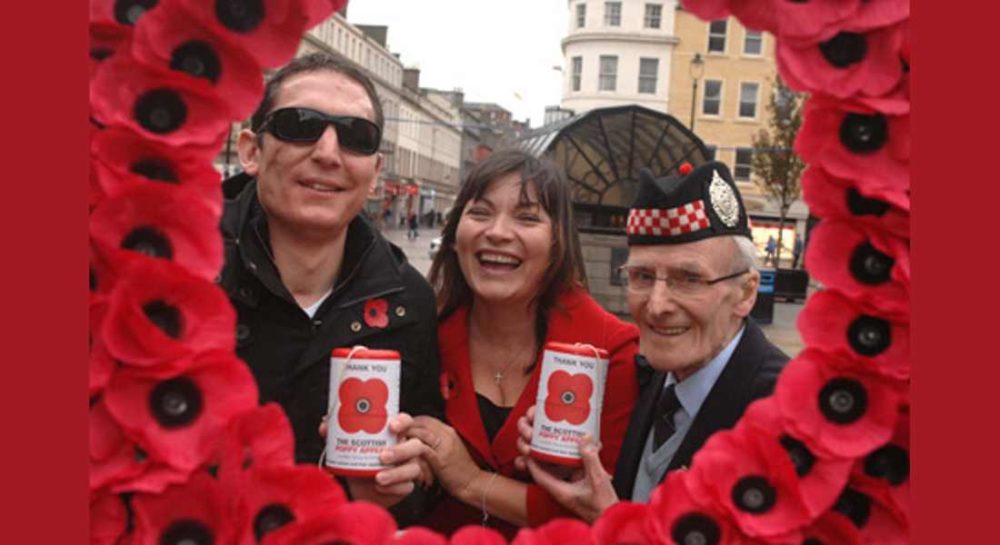 PEOPLE IN MORAY are being urged to search their purses, piggy banks and homes for now out of circulation round pound coins – and gift them to the national charity for ex-servicemen.

PoppyScotland say they will accept old pound coins – saying that just a small portion of the millions that are believed to still be in circulation could greatly help their cause.

As Remembrance Day fast approaches on November 12, poppy sellers will be out in force around Moray and throughout the country, millions determined to wear their poppy with pride.

The regional fundraiser for the charity in the north of Scotland, Frances Beveridge, said: “Poppyscotland is accepting the old pound coins that are no longer legal tender.

“There are still millions of them in circulation, so imagine the impact it would have on our Poppy Appeal if people would start handing them in. Let’s start hunting down these coins, smash open the piggy banks, look down the sides of the sofa and leave no stone unturned and exchange the pound for the Poppy.

“Swap something old for something new and show your support for this year’s Poppy Appeal.”

A major supporter of the services is television presenter Lorraine Kelly OBE, who added: “I couldn’t believe it when I heard that there are many millions of old pound coins still out there!

“I think it’s time for us all to get hunting down the back of the sofa and in our cluttered drawers to see what we can find to help this year’s Scottish Poppy Appeal. Remember, you can pop your old pound coins into any poppy tin as part of the Pounds for Poppies appeal – and that will go towards funding PoppyScotland’s life-changing services for our brave veterans.”