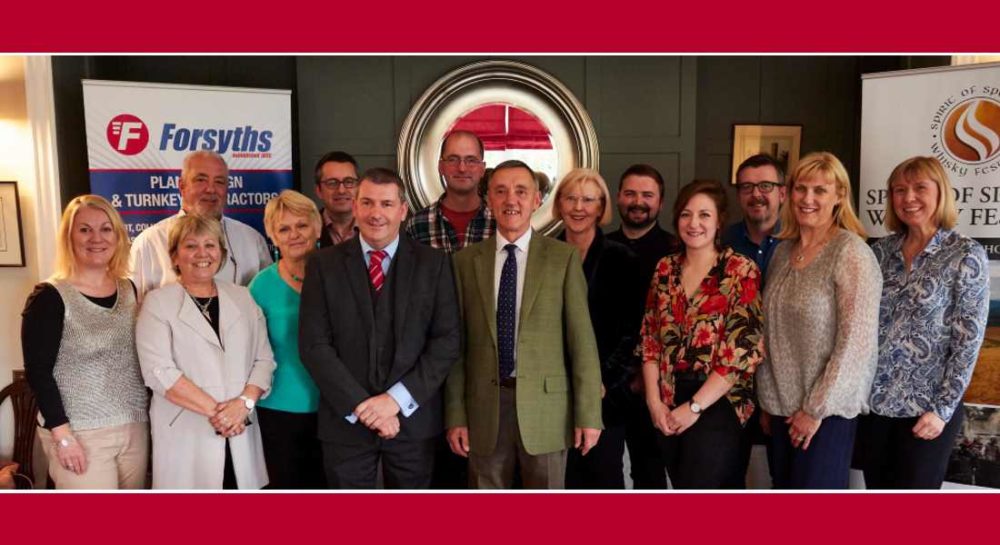 MOVERS AND SHAKERS from the world of whisky have been sampling some ‘liquid sunshine’ to find their favourite drams for the Spirit of Speyside Awards 2018.

A tasting panel of industry experts with specialisms in distillation, mixology and marketing have shortlisted their favourite drams in the annual quest to find the best malt produced in the Speyside region.

But it will be the whisky loving public – from all over the world – who will have the final say and so will select the winning brands at blind tasting sessions taking place overseas as well as in malt whisky’s spiritual home of Speyside.

In the no-age statement category, Glen Moray Classic Chardonnay and The Glenlivet Nàdurra Peated will go head to head.

12-year olds from Strathisla and Glenfiddich are contenders in the 12-year-old and under category, while it’s 18-year olds from Aberlour and Glen Moray that will be vying for top honours in the 13-20 year section.

Finally, after much deliberation, Cragganmore Special Release 25-year-old and Glenfiddich 21-year-old have been chosen to battle it out in the 21 years and over category.

The panel of whisky expert judges revealed their choices after much debate, discussion and deliberation – but the winners will be determined by the public at a series of judging sessions taking place in the run up to and during the Festival from May 3-7 next year.

Details of the locations for both the international judging and Speyside judging events will be announced by Festival organisers in the near future. As the Awards continue to grow, the Festival plans to roll out this year’s international whisky awards to a number of cities in North America and Europe as well as in the UK.

Spirit of Speyside Whisky Festival director Julie Fraser, who organises the awards, says the experts were kept completely in the dark as to which malts they were sampling but are confident that the public will approve of their choices.

Julie added: “This has to be a blind taste test because we don’t want the judges to be influenced by any brand loyalty or past tastings. Now that we have the shortlist, it’s down to the public to ultimately decide which one of our finalists will be crowned overall winners in the judging sessions, which are also in the form of blind taste tests.

“We had some of the country’s top whisky experts on our panel, and there was a lot of passionate discussion about all of the entries. What was clear was that the standard in all age categories was excellent, and that Speyside continues to raise the bar and produces some of the best quality whisky in the world.”

The whisky awards are sponsored by Forsyths of Rothes – the coppersmiths responsible for building many of the pot stills in which the shortlisted single malts were distilled. The final judging session and awards prize-giving will take place during the Festival.

Tickets for all events in the 2018 Spirit of Speyside Whisky Festival programme, including the judging sessions, can be bought via the website – www.spiritofspeyside.com – from Tuesday, February 6 2018.