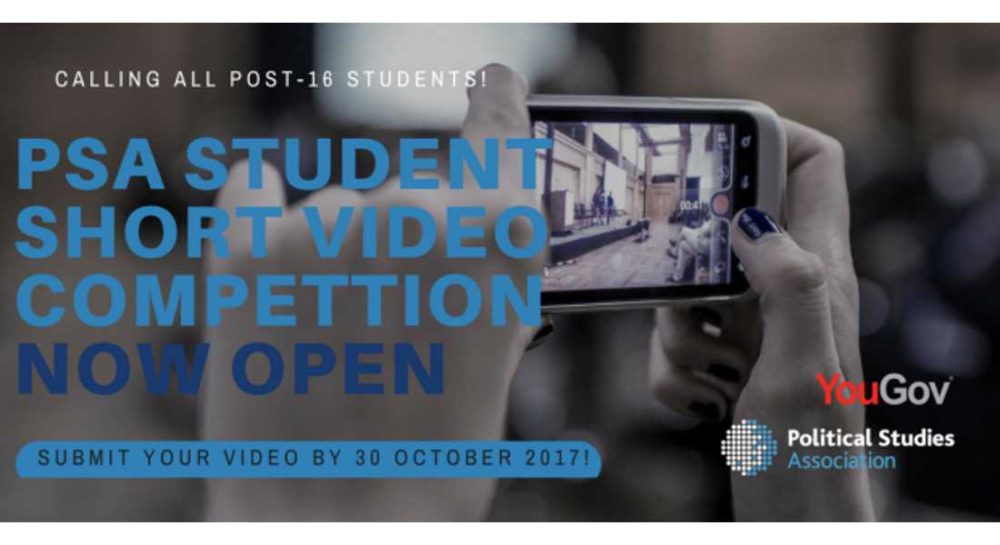 MORAY MP DOUGLAS ROSS is encouraging Higher students to pick up a video camera and make a short film to enter in the Political Studies Association (PSA) 2017 competition.

Closing date for submissions is October 30 – by which time the MP is hoping that students in Moray will have demonstrated their talents and submitted entries.

The MP said: “This YouGov sponsored film competition is aimed at getting young people engaged in politics and is open to those aged 16 and over who are studying in the 2017-18 Academic Year.

“I’m particularly keen to encourage local young people to take part because it was during my time at Forres Academy that I first became involved in politics. Whether or not you have ambitions to become a politician, there are various careers in the political world and this competition could be a significant first step to a future career.

“The importance of engaging young people in politics is huge and I’d like to encourage all local Higher students to take part in this competition and submit their ideas and videos. It would be great to see Moray students involved in this project.”

This year’s competition asks students to explore the question: “Fake News: Is this the end of facts?”.

Groups of students are invited to submit short videos on this subject, examining what fake news is, what effect it may be having on the political landscape and what it means for expert opinion and ‘factual’ knowledge.

Shortlisted groups will be invited to Speaker’s House in the Palace of Westminster to discuss the ideas raised in their video with a panel of politicians, journalists and academics.

The winners of the Schools’ Short Video Competition will receive their award at the PSA’s Annual Awards Ceremony in Westminster. This year’s ceremony takes place on December 5 in London. On top of this, the winning students get a week’s work experience with the YouGov political team during their school holidays.