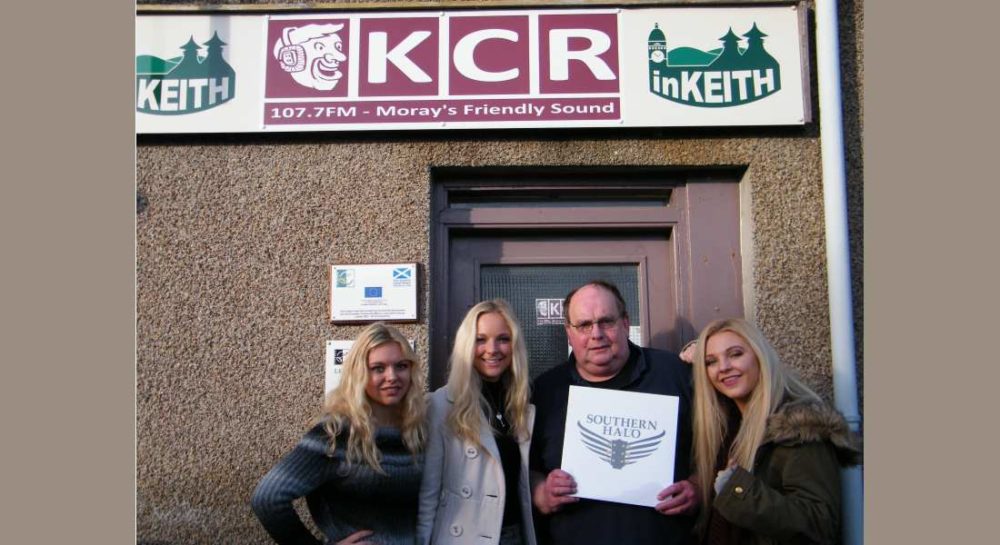 COUNTRY ROCK FANS had a treat over the last week with the appearance of one of the best young bands in the United States visiting Moray.

Southern Halo caused more than a stir at their gig in the Elgin Ex-Serviceman’s Club last week – and those who were not able to make it along had a treat when the tuned into local community radio station KCR107.7 FM.

The girls – who have supported legends such as BB King three times and earlier this year flew to London as the support act for Dionne Warwick – where back in the UK to open the British Country Music Awards in Wolverhampton last Sunday.

They had previously had an online chat with the Moray community station, just before they headed north for their appearance in Elgin. Then the girls made a last-minute change to their schedule to call in at the KCR studio in Keith for a chat with presenter Eddie Stuart – and to perform some acoustic versions of their songs.

Eddie told insideMoray that the interview was “more than we expected as we got not just one of the girls – but the whole band and the phone call was more than twice as long as expected and full of laughter”.

He added: “For the band to make a late schedule change to come to KCR, especially on the stations 20th birthday, is just amazing and I still can’t really believe that it happened!”

The interview and songs recorded by Southern Halo at the station will be played on ‘The Musical Box’ at 7pm this evening on KCR107.7FM or online via http://www.kcr.fm/.