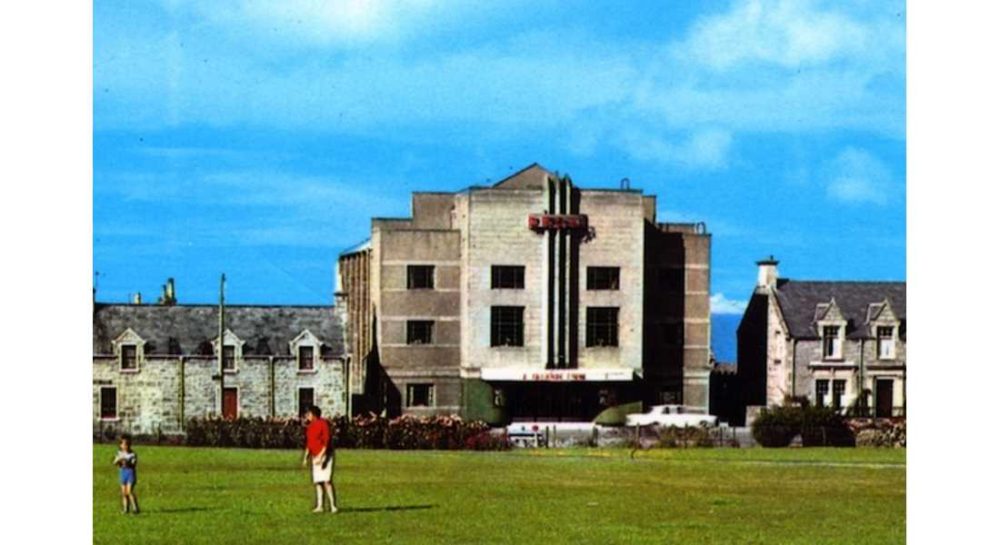 Karen Cox takes a look back at the history of the Regal Cinema in Lossiemouth – and announces a special day that will see someone leaping off its roof! LOSSIEMOUTH’S ART-DECO Regal Cinema has seen several changes over its 78-year history – but as far as is known, nobody has ever ventured to abseil from the building.

That will change next week following agreement by current owners Grampian Furnishers that their store can be used to provide the experience of a lifetime – and raise much needed funding for a local charity.

Designed by architect, Alexander Cattanach (Jnr), the building was opened on Queen Street in 1939, when it was owned by Mr Bob Bryce. With seating provided in stalls and circle levels, the proscenium (stage area in front of the curtains) was 30 feet wide – and there was also a café, a feature that will soon return when the building is taken over by SFEAR Kickboxing.

The building remained as a cinema until it was closed in the 1960’s and spent some time as a bingo hall, but was also empty for a long period of time – the fate of many movie theatres throughout the country as television first took a grip on the entertainment industry.

The business has remained family run and independent since with James’ son, Royce, now running the shop – and keeping the iconic building thriving at the heart of our Lossie community. The building will soon undergo another revamp as it is converted into a fitness and health centre, with Grampian Furnishers moving into completely new premises on the outskirts of Elgin.

Now there is an opportunity to be part of this beautiful and iconic building’s history – by being the first member of the public to abseil down it!

For the first time ever, Lossie fowk are going to be able to see Grampian Furnishers from a whole new angle, as they abseil down the front of the art deco building and, as a special edition to their event on December 2, Outfit Moray are auctioning off the first ever public abseil.

The winning bidder will be provided with a GoPro, have their abseil videoed and photographed and will be part of the media promotion for the day. Finally, they will be presented with their abseil experience story on a CD, to keep for future years, thanks to the generosity of Paul Billany of Octovision Media Scotland.

To secure this one of a kind, historic experience and become part of 44 Queen Street’s long story, please head to the Grampian Furnishers’ Facebook page and take part in the bidding for the honour.

The winning bid will be announced on St Andrew’s Day – and all proceeds will be part of the day’s fundraising effort to support Outfit Moray’s efforts to remain open and supporting vulnerable and disadvantaged children across Moray with their outdoor learning experiences.