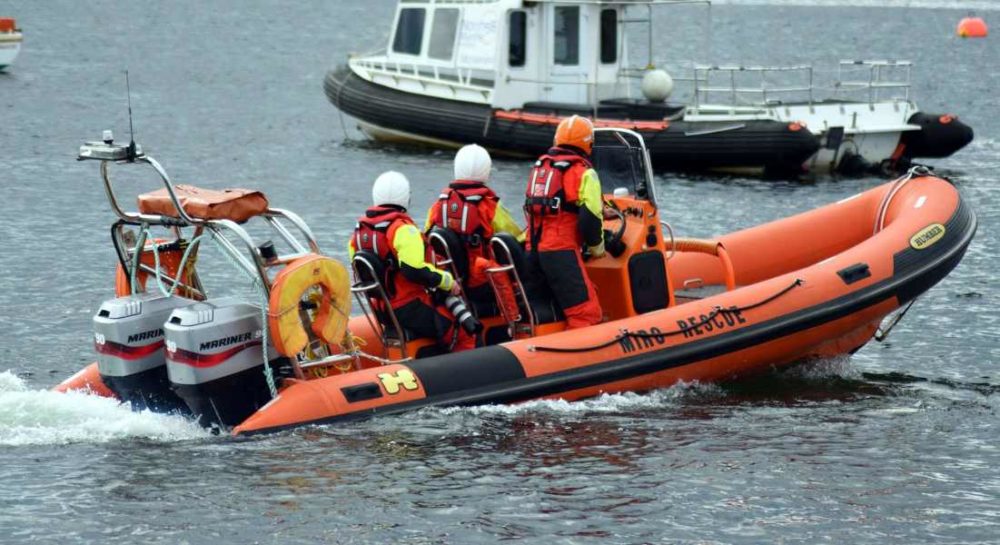 MORAY’S INSHORE LIFEBOAT has received a major boost with the announcement that they will receive almost £14,000 from the Inland Rescue Boat Grant Fund.

The fund, administered by the UK Department of Transport, exists to provide financial assistance to charities that operate inland waterway safety boats or inshore lifeboats.

As he prepared for a visit to the Findhorn-based volunteer crew Moray’s MP, Douglas Ross, said that Moray was one of only three areas in Scotland to receive the funding this time around.

The MP said: “I am thrilled that Moray Inshore Rescue is to receive nearly £14,000 – the lifeboat service is staffed by an incredible group of volunteers here in Moray, and to have their selflessness recognised by the UK Government in this way is fantastic news.

“I am delighted for the rescue crew whose efforts keep people safe in the waters around Findhorn Bay. With this cash support their tireless work can continue, which is a vital resource in ensuring the safety of Moray’s waters.”

Mr Ross added that he understands the cash will be used to purchase two new outboard engines for the MIRO boat.

The UK Government Minister for Scotland, Lord Duncan, said: “This grant is a fitting recognition for the dedicated service of all the members of the Moray Inshore Rescue Organisation, whose selflessness, skill and bravery has saved lives and helped those in need since 2005.

“The unpaid volunteers are a credit to their communities and I am delighted that this funding will support their continued outstanding work across Findhorn Bay and the Moray Firth.”

UK Government Maritime Minister John Hayes added: “Every day water rescue volunteers risk their safety to protect the lives of people across the UK. Their dedication and highly specialised skills are absolutely crucial to providing inshore and inland rescue services.

“This extra money means that the volunteers and charities can purchase the lifeboats and equipment they need. It means that assistance is never far away for those in need or in distress on or around our waterways.”