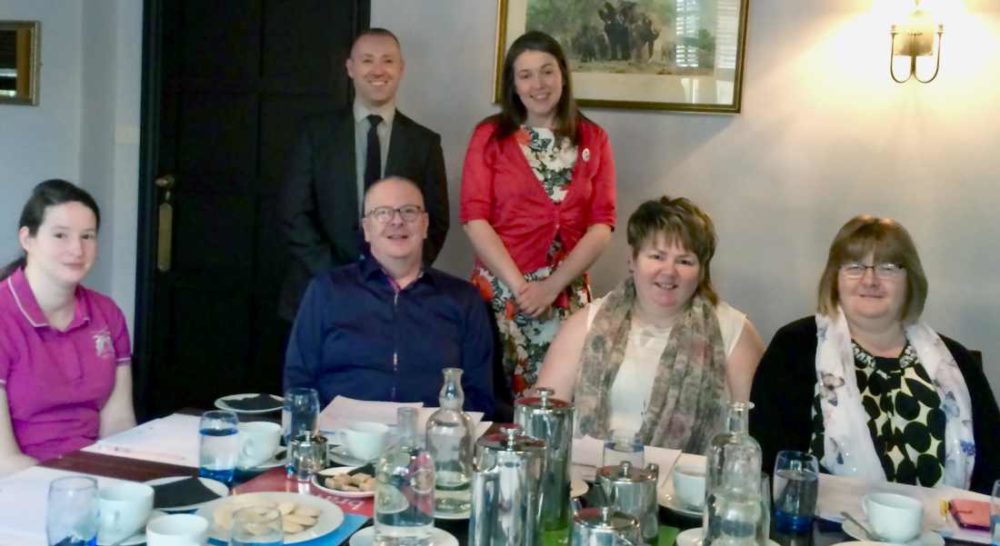 A MEETING EARLIER this month produced an agreement that a local group for chronic pain sufferers will have a direct line to the National Pain Coordinator.

Members of the ‘Affa Sair’ group in Moray met with Health and Sport minister Aileen Campbell MSP and Dr Paul Cameron, who is the acting National Pain Coordinator.

The meeting was the suggestion of Moray’s MSP Richard Lochhead and allowed the group members to pose direct questions. These mostly centred on the resources that could be provided to NHS Grampian to benefit chronic pain patients directly.

A spokesman for the group said: “We expressed a special wish that Dr Gray’s be allowed to carry out procedures such as infusions again. The minister also took note and gave advice on difficulties in obtaining return appointments at the NHS Grampian Pain Clinic.

“Dr Cameron was asked questions concerning the number of patients the Grampian Pain Service has to deal with – and what has actually been achieved by previous advisory groups.

“He was asked what has been done to encourage new consultants to join the Grampian Pain Service and what actions similar to those used to encourage new teachers have been considered, such as recruitment bonus and seeking retired professionals who might return.

“One immediate improvement to come out of the meeting was an agreement that instead of dealing with the Strategic Planning and Clinical Priorities Section of Government, Affa Sair can now deal directly with Dr Cameron.”