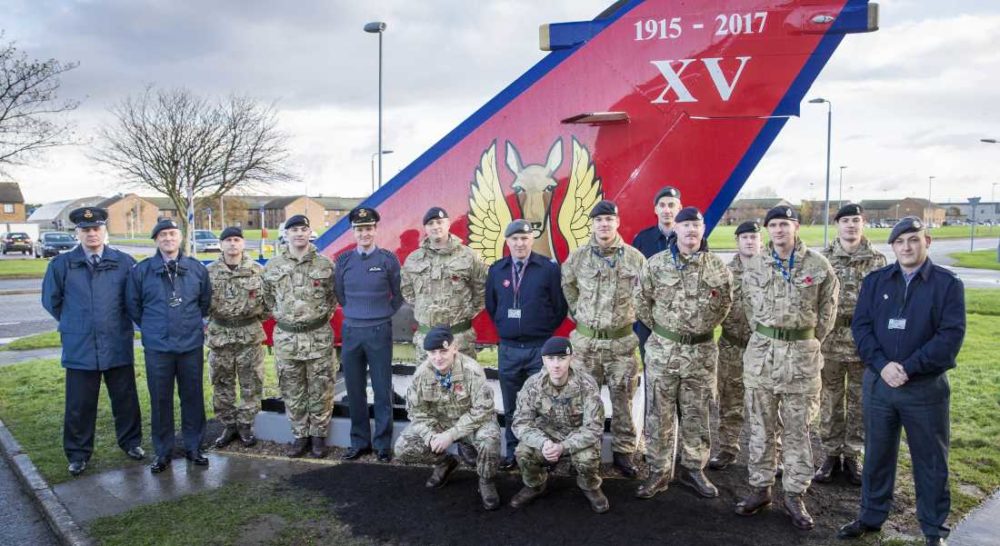 THE STATION HERITAGE CENTRE at RAF Lossiemouth has been reopened following refurbishment – with a very special exhibit added to its collection.

The tail fin from the special XV(Reserve) Squadron Tornado marking the 100th Anniversary of the squadron was put in place in March 2015. The Squadron was subsequently disbanded in March this year at the Moray base.

The Station Heritage Centre has undergone a move to a larger building and the displays have been slowly developing over the past few months. The collection is maintained by a small group of volunteer Station personnel who host visitors from various sections of the Station.

Many Service personnel posted to the Moray airbase are unaware of the rich and interesting history the Station has had since it was established in 1939.

Most of the Heritage Centre’s artefacts have been donated by ex-Station personnel or their families – and Sergeant John Le Huquet is one of the team responsible for maintaining the displays and records in the Centre.

He said: “We’ve got some very interesting items, pictures and records in the Heritage Centre now, and we’ve managed to get them really well displayed. Hopefully Station personnel will be interested in the history of the Station and how its role has developed over the past 79 years.

“We can’t display everything we have in the archives, but we’re still keen to receive anything relating to life on the base. We’re especially keen to get information and records from the base’s Royal Navy years and from our more recent past.

“So, if anyone has anything they no longer want, or think should be preserved in the Heritage Centre I’d ask them to get in touch with the Station in writing or by email on los-heritagefacility@mod.gov.uk.

“We can’t offer visits to all members of the public at the moment, but if you have some connection to the Station we’d be pleased to hear from you on that same email address.” The placing of the Tornado tail fin was carried out by sappers of 39 Engineer Regiment from Kinloss Barracks. The small project was an ideal opportunity for some hands-on training for a section of sappers led by Cpl Martin Randles with the task managed by 2nd Lieutenant John Adeney.

He said: “This has been a great project for our sappers to train on, as it has given them the opportunity to put their trades into practice, as well as learning how to work with various players involved in the task and dealing with the weather conditions.

“We are delighted to have been involved in the siting of this monument commemorating the 100th anniversary of XV(Reserve) Squadron.”