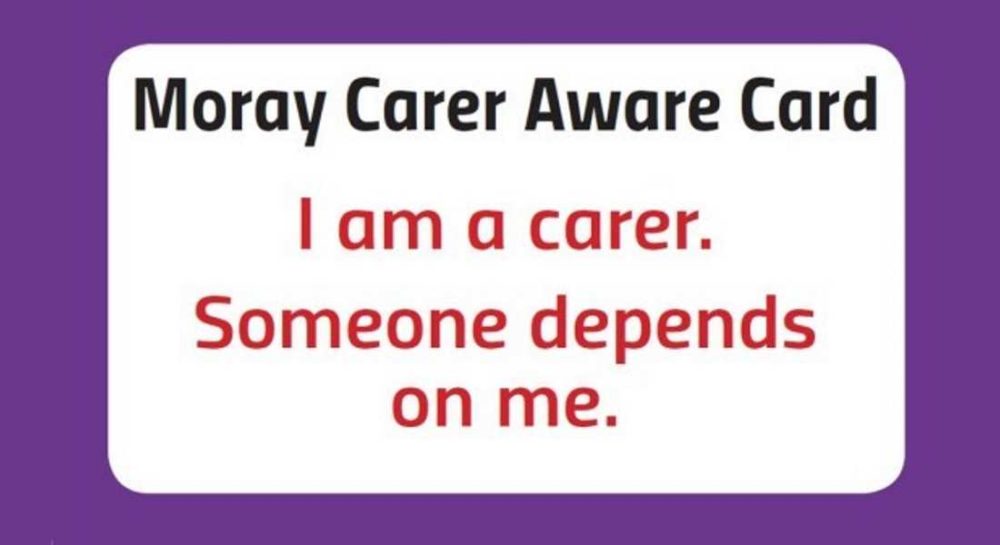 UNPAID CARERS IN MORAY are set to be offered peace of mind in a crisis through a new information card.

The idea recognises that carers often worry about what would happen if they found themselves in an emergency situation – and are unable to alert anyone that they are a carer and that someone relies on them for support.

That is why the Moray Carer Services created the ‘Carer Aware’ card – making it available for them to carry at all times.

Should they find themselves involved in an emergency, accident or are taken ill, the card will enable people to quickly identify them as a carer. The information provided on the card will be used to alert the carer’s named contacts that the person who is cared for may need assistance.

Moray Carer Services members will begin issuing the Carer Aware card on Carers’ Rights Day as part of their efforts to raise awareness and encourage unpaid carers to make the most of their local support.

The cards can also be collected from the Healthpoint at Dr Gray’s Hospital in Elgin.