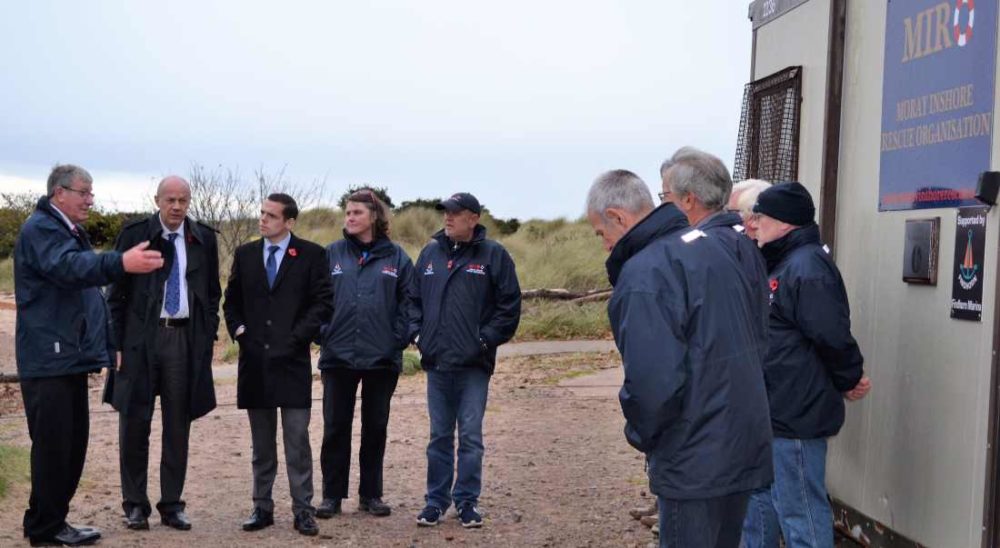 MORAY’S INSHORE RESCUE organisation received a VIP visitor this week to help them mark the award of almost £14,000 from the UK Government.

That came in the form of the First Secretary of State and Minister for the Cabinet Office, who took time out from his duties to join local MP Douglas Ross at the Findhorn HQ of the volunteer Lifeboat crew. Douglas Ross MP added: “After the recent announcement by the Department of Transport that Moray Inshore Rescue Organisation had been successful in its grant application, it was a real pleasure to meet the volunteers and to see at first-hand how the UK Government funding will be used locally at Findhorn.”

MIRO launched their first boat in August 2005 – a 5.8m Humber Destroyer ‘The Glyn Whitehead’. It was two years later that the organisation began operating a fully dedicated service, then in 2013 thanks to funding from the Budge Trust a replacement was purchased, a Humber Green Pro 6.5m that was launched as the Glyn Whitehead II.

The funding will be used to purchase two new engines for the rescue boat.