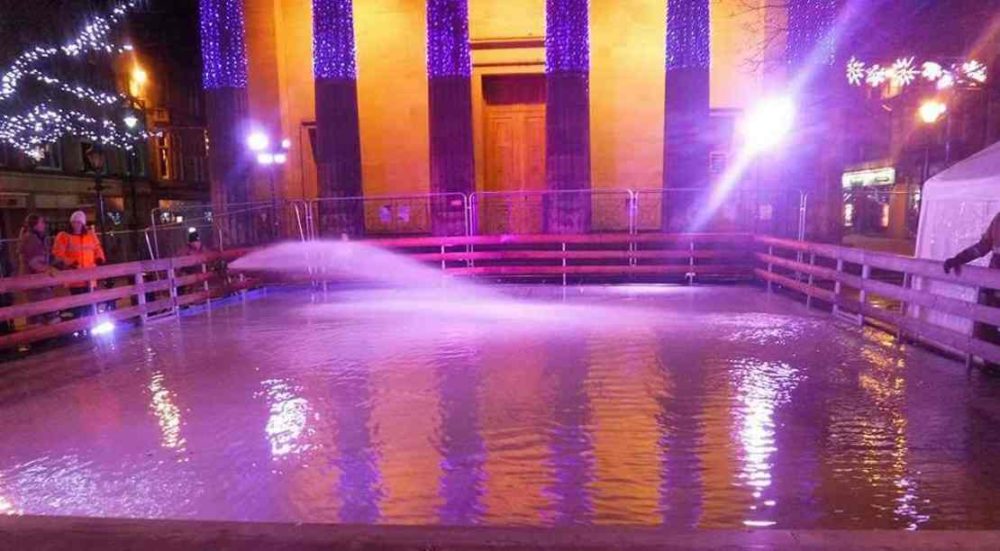 THE POOR WEATHER of the last few days scuppered the return of the Elgin Ice Festival rink on the Plainstones in the city.

While freezing conditions and snow might have been welcomed during the Festival, organisers had to admit that it arriving as they were re-establishing the rink was not the best time for Storm Caroline to strike!

However, after postponing the opening events on Saturday and Sunday, it is hoped that normal service will resume early this week – and provide Elgin with another buzzing Christmas season following the fantastic response the rink received when it was first put in place a year ago.

A spokeswoman told insideMORAY: “Storm Caroline certainly scuppered our preparations last week which were going so well. However, the weather was on our side a little again at the weekend so we were able to make some good progress – and we even managed to train some of the staff who will be looking after people during the Festival.

“We will update everyone on progress via our Facebook Page  – but hopefully all will be well very soon, although with public safety of the utmost concern we will not open until we are 100% ready to do so.”

Thousands flocked to the attraction when it was introduced last year, providing a seasonal boost for the entire region.