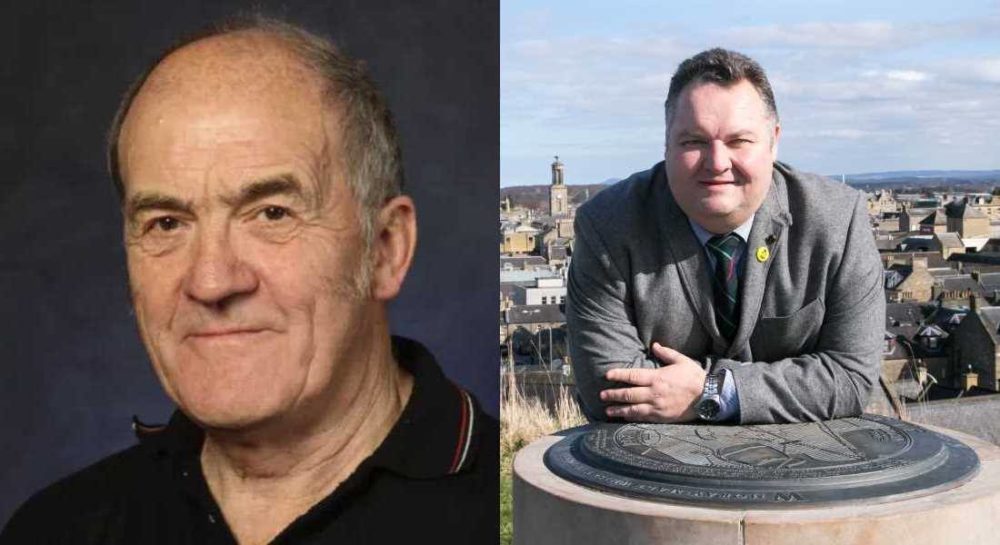 AN ATMOSPHERE OF COOPERATION and doing what is best for Moray in the face of crippling financial challenges has emerged from a joint interview with council leaders.

Leader of Moray Council, Councillor George Alexander, and the co-leader of the main opposition group, Councillor Graham Leadbitter, were brought together for a special edition of the Wave Newsbeat radio show on Friday evening.

Both were given an opportunity to directly address the Moray public for five minutes before discussing many of the key points in the budget plans currently out for public consultation until January 14. The pair also addressed several questions put to them by insideMORAY readers.

The result could prove encouraging as political differences were clearly being laid to one side in favour of, if not absolute agreement, at least an acceptance that Moray was facing issues that far outweighed any personal differences that might have existed in the Council chamber.

Councillor Alexander laid out why and to what levels savings had to be made, the most alarming aspect being that following this budget round it is quite possibly that no more funding will be available from council reserves that just two years ago were considered to be in a healthy position.

The Council Leader told radio listeners on Wave and KCR107.7FM: “We have been working on this for months and it is nothing new that we have to save an enormous amount of money, every year our grant from the government tends to be reduced – and our powers over our income are severely limited.

“We are looking, by 2019, at the position of having a gap of about £23million. This year, we are going to try and reduce that a bit by saving something like £6.7million and using £8million from our reserves. This is the last time we will be able to use the reserves because they will be reduced to £5million and that is the recommended minimum that it should be kept at in case of emergencies.”

Referring to the public consultation and what he described as the generally highly encouraging public response, Councillor Alexander added: “If you know a better way the please let us know – I have been really encouraged by some of the responses we have been getting via Facebook and Email, some people have really sat down and thought about this.

“There is no point in getting angry about cutting services on something that is dear to your heart, we are all angry at having to do this. But the constructive suggestions that I’ve read are really encouraging.

During his five-minute address, Councillor Leadbitter revealed that there was much in the Administration proposals that the main opposition group could find sympathy with.

He said: “Like the Administration councillors, nobody relishes having to make cuts in any budget, the challenge for all the Councillors is how you go about it, that always tends to be where the difference in views comes.

“We do not necessarily agree with everything in the Administration budget proposals, however, we do agree with some of the proposals because we have proposed them in previous years – such as management restructuring of the council, so it is highly likely we will be able to support that.

“There are other things, three weekly collections of waste for example, is the way councils are going all over Scotland. That is partly because it is environmentally the right thing to do – we need to get our recycling up and by getting our recycling up we can reduce our landfill costs.

“There are other things in there that are quite easy to take, savings that have been found by officers that are essentially administrative savings or providing training in different ways that shave off a bit here and there that adds up to quite a lot.”

Calls have been made for the opposition group to put up their own detailed counter proposals, and Councillor Leadbitter pointed out that would happen in due course – talks were currently under way with officials on a raft of alternative methods of achieving the end result of saving almost £7million next year.

Councillor Leadbitter said: “Where the differences will be in the debate in the next few weeks and on budget day comes down to areas of preventative spend, areas like education, additional support needs – those are the kind of things that are generating the debate amongst the public.

“It is certainly the issues that are giving cause for concern amongst ourselves. It is up to us as opposition to find alternative ways of finding that money or alternative approaches to allow that to happen.”