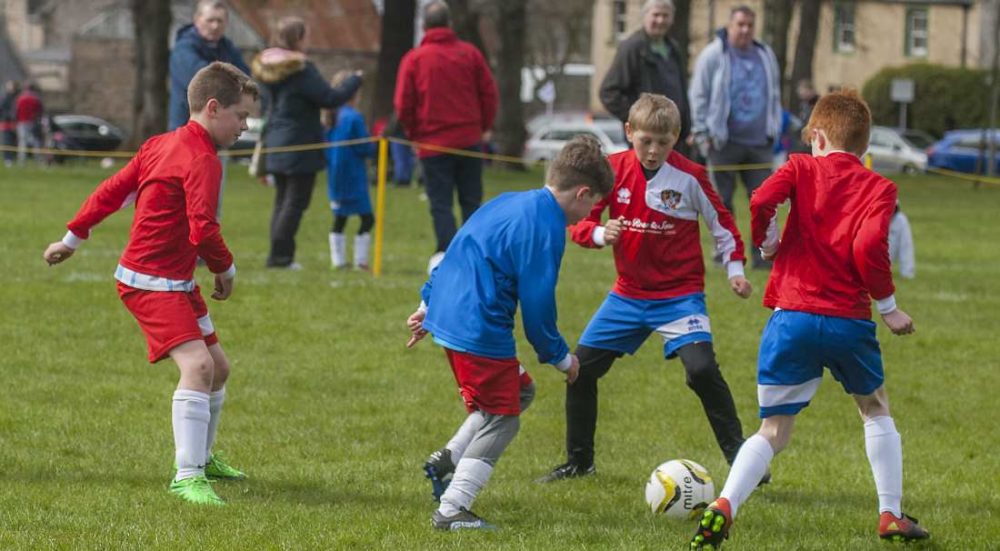 THE AGE RANGE FOR young people taking part in one of Moray’s most successful football clubs is to be extended when the new season begins in February.

Forres Area Soccer Sevens are also changing the timings for its weekly games following consultation with members. Young people up to the age of 16 will now have the option of playing when the club meets every Sunday between February and October.

Club Chairman Graeme Ferguson said he was delighted the new season will begin with a larger age range – and encouraged those with an interest in football to spread the word.

He explained: “It was very clear from the consultation that there is a desire for the Club to provide football for a wider age range, so we have created a new ‘Senior 7s’ section for 13 to 16-year olds.

“We are still deciding on if it is feasible for this age range to play on a Sunday with the rest of the groupings or if it will have its own separate match day, but we are delighted that we have been able to make this decision and extend the age range for football in Forres.  What we need now is for people to spread the word and let the young people out there know that there is something new with regards to football in Forres.” Speaking about the new timings Graeme explained: “We have spoken with both parents and volunteers and it has been decided that we will now meet earlier on Sundays.

“The previous timings meant that the football took up most of the day, which impacted heavily on family time, particularly for the coaches and other volunteers who arrive at Grant Park early to set up and stay behind to put all the kit away.”

He added: “We are also hoping the new times may attract more volunteers to the Club. We are always on the lookout for people to help set up, coach, work in the kitchen or just generally lend a hand. Running a club, which attracts over 100 children each week is no mean feat and it simply wouldn’t exist if it wasn’t for the dedication on the volunteers.”

Registration for Forres Area Soccer 7s is open and can be done by visiting www.forres-soccer7s.co.uk.