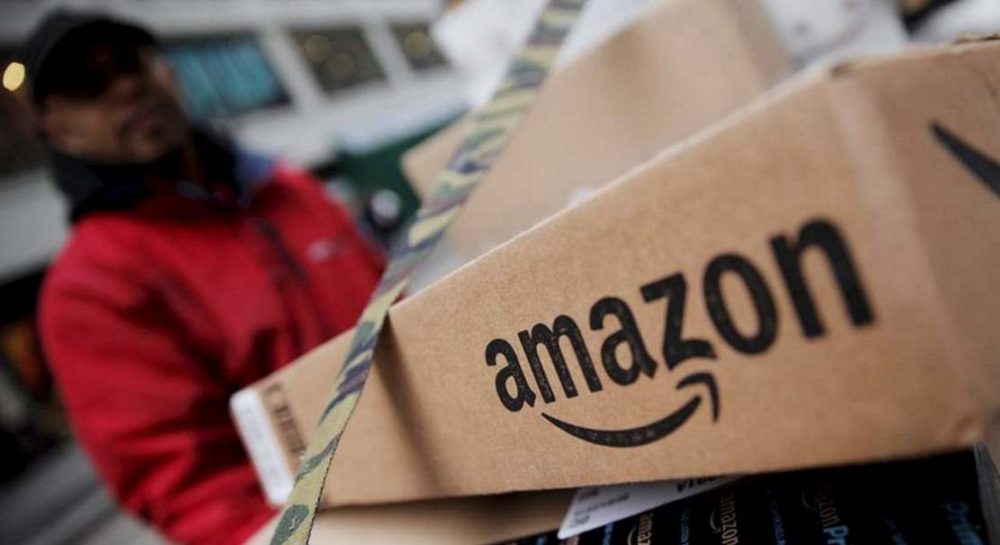 ONLINE RETAIL GIANT Amazon has pledged to investigate delivery surcharges being imposed by partner companies selling on their Marketplace.

The company has said that they will work with Moray’s MSP Richard Lochhead on the issue, taking appropriate action as required where companies are found to be breaching their rules.

These include companies using the Amazon service being clear on delivery charges – but Amazon will also look at the wider issues being highlighted in the Fair Delivery Charges campaign instigated by the MSP.

That was launched by Richard Lochhead on the back of concerns of people in rural and Highland Scotland being hit by higher delivery charges – even where sellers promise free delivery across the UK.

The MSP’s Fair Delivery Charges website invites feedback from the public about charges for delivery to certain areas, with widespread examples of homes in mainland Scotland being categorised as “offshore” for delivery purposes and incurring substantial unexpected costs.

It is estimated that higher delivery surcharges cost Scotland an extra £36 million a year. Richard Lochhead recently sent a dossier of 124 companies identified for unfair delivery practices to the Advertising Standards Agency.

Commenting on the pledge from Amazon, Richard Lochhead said: “Ongoing discussions with Amazon have been very helpful and productive. I’m pleased they’ve offered to work with me to address the issues highlighted by my Fair Delivery Charges campaign and I warmly welcome this constructive and understanding approach.

“Importantly, the company recognises there is an issue and have pledged to investigate and act if any of their sellers are breaking their policies.

“Thousands of people have been in contact with me to support my campaign and Amazon Marketplace has been mentioned a number of times so I am pleased they’re willing to take serious action.

“I am also heartened that Amazon are keen to explore how many of the wider issues highlighted by the campaign can be addressed to both benefit the thousands of Scottish businesses selling on their marketplace as well as Scottish customers.

“I look forward to a further meeting with Amazon to discuss the issue and to help secure a better deal for consumers across Scotland.”