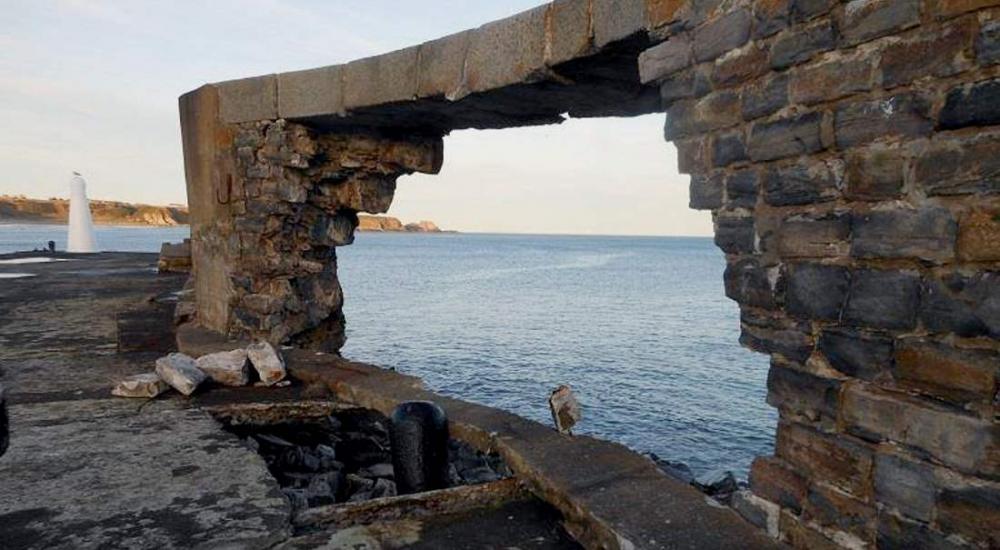 THE GAPING HOLE in a Moray harbour has been inspected by Moray Council engineers who have reassured residents that there remains no danger to normal activities.

Issues emerged last week when part of the pier walkway was crumbling. That was followed by a gaping wall appearing, prompting the local authority to shut off part of the harbour to the public.

Last night Moray Council said that contractors had inspected the damage and concluded that the parapet of the wall would have to be removed this week. They will then seek to stabilise the sea-facing side of the wall as a short-term solution before considering their options for a rebuild.

A spokesman said: “In the meantime, the harbour is 100% operational – although the east pier will remain out of bounds until further notice.”

And following reports that members of the public had been removing the temporary barrier fencing put in place, the spokesman added: “Members of the public should pay attention to the fencing and signage erected on the site, which is in place to protect them.”