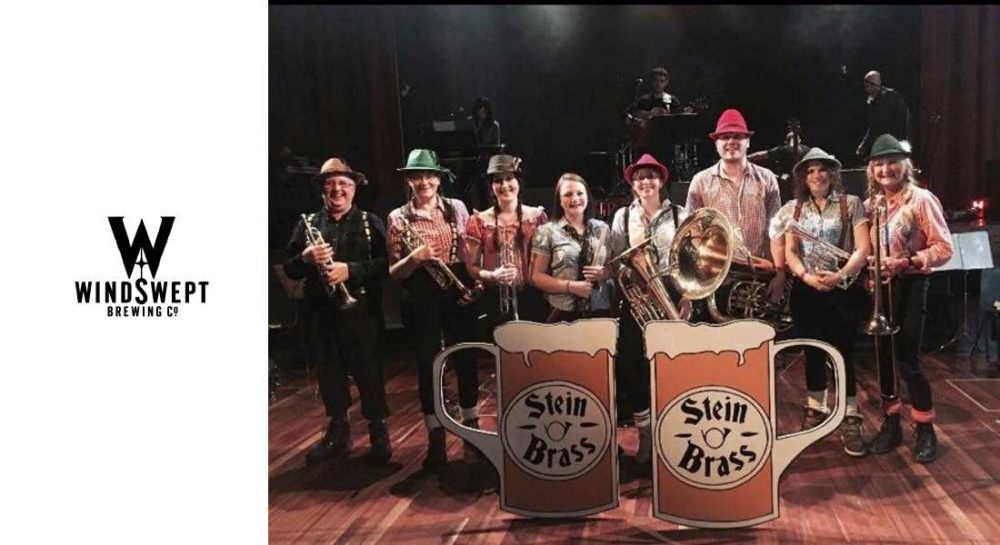 The event organised by Friends of Moray Concert Brass is aimed at raising funding for the highly successful band, who each year delight local audiences throughout the region.

Now Saturday, February 17 is a firm date in the calendar for music and beer lovers alike, with Windswept marketing manager Julie Smith saying: “We are delighted to be supporting the Friends of Moray Concert Brass by supplying the bar and all the beer at its Beer Festival for the fourth year.

“We’ll be serving up many favourites from our core range and some new brews, namely Lighthouse, our 4.7% Kolsch Style Lager, which we launched last year, and a new 5.6% Coffee Porter which we have just brewed in collaboration with the Speyside Coffee Roasting Co.

“This is one of our favourite events where we get to showcase our beers to our local customers. We’ll do everything we can to make sure it’s another great success for Moray Concert Brass.”

Windswept was the brainchild of two former RAF pilots, Al Read & Nigel Tiddy, who in 2012 decided to take their passion from brewing to the next level – by creating a brand that reflected the wild and windswept coast and hills of the Scottish Highlands. They pride themselves on keeping the ingredients in their beer simple, using British malted grains, hops for flavour and bitterness, fresh wet yeast and local Speyside water and as all the beers are natural and unfined they are suitable for vegetarians and vegans.

As in previous years, live music will be provided throughout the day by Stein Brass, the North of Scotland’s own Oomph band.

The band of trumpets, a tenor horn, a euphonium, a trombone, a tuba and percussion will play a selection of foot stomping, thigh slapping polkas, waltzes and sing-along tunes guaranteed to give Beerfest event a real authentic feel.

Tickets are £15, which will include a free branded glass and £10 in beer tokens. Wine and soft drinks will also be available.

Tickets are available be Email to beerfest@morayconcertbrass.co.uk or from Windswept Brewery in Lossiemouth or Bijou, 10 Batchen St, Elgin (cash only)

A limited number will also be available on the door. Doors open at 3pm with last orders at 11pm. Over 18s only.