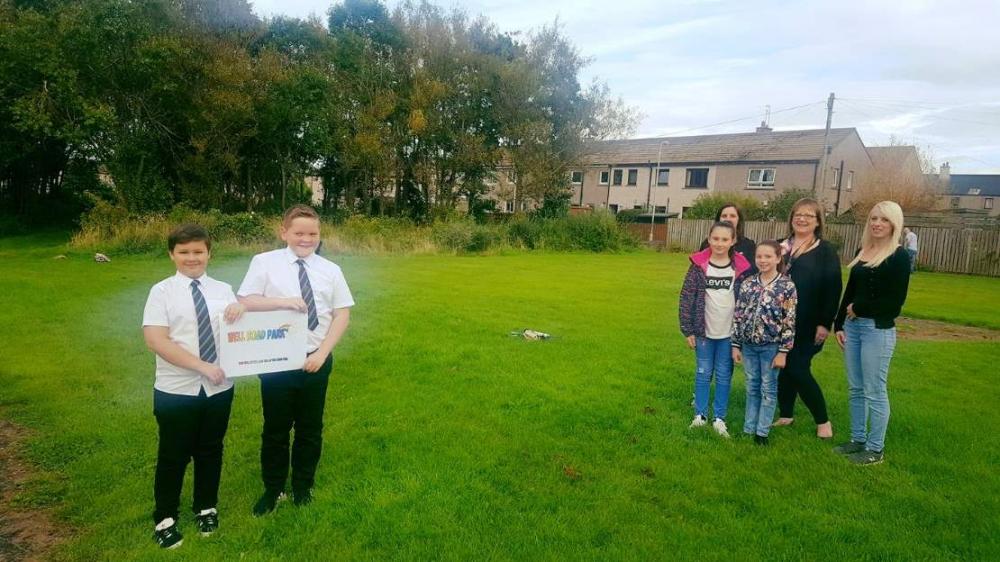 PARENTS IN A BUCKIE Community are set on taking direct action to transform a children’s play park in the town into a usable facility once more.

A campaign group has been formed to turn the Well Road park into a source that children can once again enjoy in safety.

Moray Council removed the last piece of playground equipment from the park around ten years ago – and nothing has been done since to restore the park. Now parents have banded together and raised funding to pay for new toys and equipment – allowing their children to play without the need to cross a busy road.

The parents formed the Well Road Park committee, with one, mother of two Michelle Gauld, saying she was inspired to ensure that her own children and others should be able to enjoy the outdoors.

Michelle, who is secretary for the committee, said that over the years equipment was taken away from the park until it was left empty – and the Council had no plans to do anything about it. She said: “My children are too small to go to the nearest play park – and other families are the same.

“There are busy roads so you do not want to let them go on their own. We are still working out what we are going to put in the park – but we are keen on an agricultural and fishing theme to reflect Buckie’s heritage.”

The group received a massive boost when they were awarded over £20,000 from cash paid to Moray Council by housing developers in the area. That takes the group well on the way to the £50,000 they have targeted to bring the facility up to scratch.

A Facebook Page has been created around the plans for the Park.