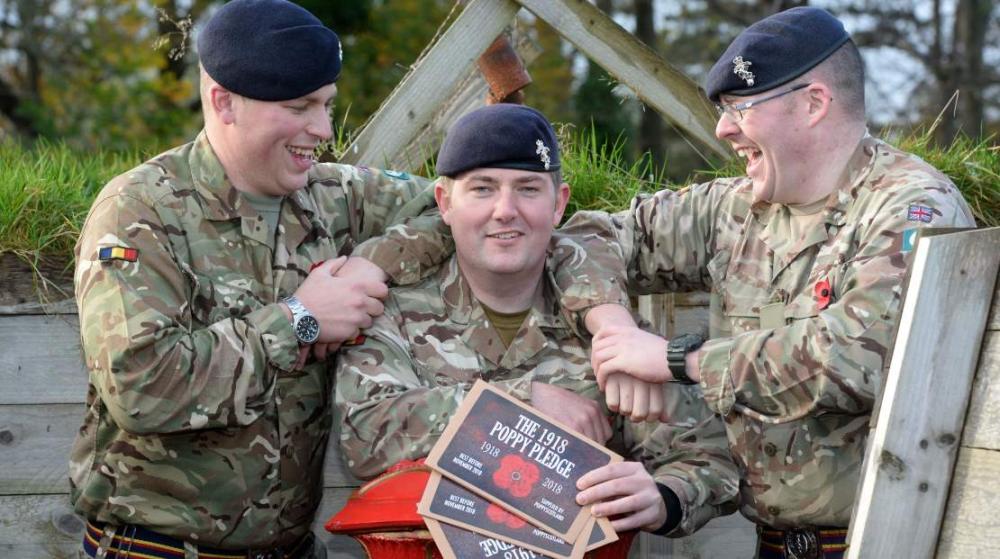 YOUR COUNTRY NEEDS YOU is the message that is driving Armed Forces charity Poppyscotland in launching their 2018 fundraising quest.

The charity is calling on groups, schools, businesses, clubs and organisations in Moray to accept the challenge of raising £1918 or more this year, the one hundredth anniversary of the end of the first world war.

Their 1918 Poppy Pledge – which can take any fundraising form the participants see fit – is a lasting tribute to those who fell in the First World War. However, it will also allow Poppyscotland to make a step change in the scale of support it is able to provide those in the Armed Forces community who rely on the charity’s support today.

Gordon Michie, Head of Fundraising at Poppyscotland, said: “The Kitchener poster is one of the most iconic and enduring images of the First World War and serves as a reminder that military service back then was all-encompassing rather than the situation today where each and every one of us has a choice as to whether we wish to serve our country in this most important of ways. “It is the unspoken hope that our world will never suffer war on this scale ever again, but it is a stark fact of modern life that, as I stand here, there are countless conflicts taking place across the globe; many of which involving our brave servicemen and servicewomen.”

Mr Michie added: “Poppyscotland is committed to providing life-changing support to the Armed Forces community. Most people will be most familiar with us through the annual Scottish Poppy Appeal. The money raised from the Appeal allows us to provide tailored funding and assistance, and we also fund services in advice, employment, housing, mental health, mobility and respite.

“This year, though, it is Poppyscotland’s turn to say: ‘Your country needs you!’ Since we launched The Poppy Pledge on Remembrance Weekend last year, we’ve had 102 Pledgers sign up, which would result in the wonderful sum of at least £195,000 being raised, but the target is 250 – or £480,000 – which means we need schools, churches, rotary clubs, sports clubs, businesses, community groups – you name it – in Moray to get on board and do their bit for our brave troops and their families.”

Soldiers from 2nd Battalion The Royal and Mechanical Engineers (REME), based at Leuchars, were the first to sign up for The Pledge.

Corporal Craig Wood, from the REME, said: “This year marks an important milestone in our nation’s history as we reflect on the 100-year anniversary of the end of the First World War, and the sacrifices made by so many.

“The work of Poppyscotland is as vital today as it was back then and that’s why we were the first to sign The 1918 Poppy Pledge. We hope that other military units, and the public as a whole, will join us in supporting this once-in-a-lifetime opportunity.”

For more information and to sign up, please visit: www.poppyscotland.org.uk/poppypledge.