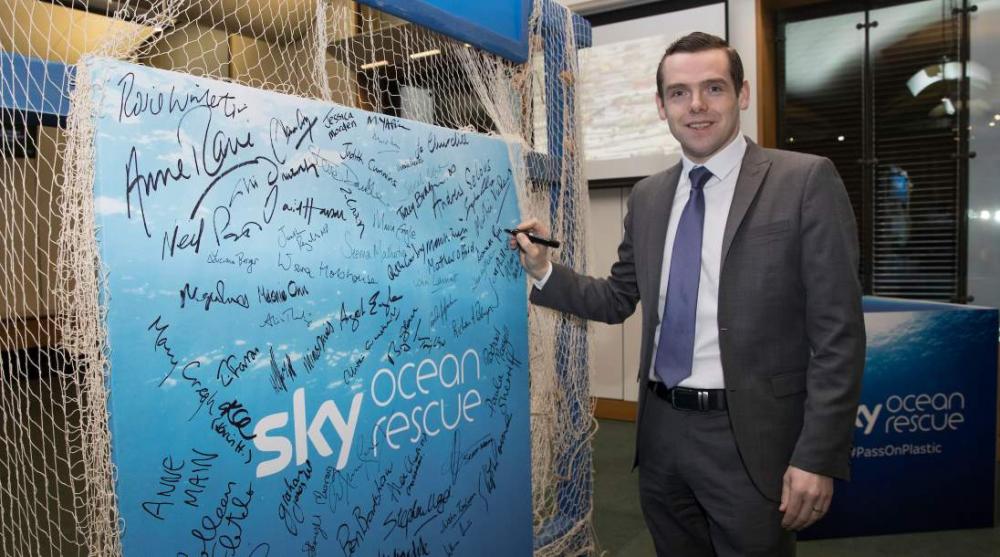 REDUCING SINGLE-USE Plastic containers has reached the attention of Moray’s MP this week with Douglas Ross adding his name to a growing list of those wishing to safeguard our oceans.

Mr Ross has signed a pledge at the UK Parliament to #PassOnPlastic with Sky Ocean Rescue, an environmental group launched 21 years ago to highlight ocean health.

The MP said: “In Moray we have some of the most beautiful beaches and coastline in the country, with our famous colony of dolphins and many species of sea birds. That’s why I was pleased to be able to add my name to Sky Ocean Rescue’s campaign.

“Little things, like cutting out plastic straws and plastic cutlery, can make a difference. The campaign is all about inspiring people to make small changes, which I wholeheartedly support.”

Sky Ocean Rescue’s whale, Plasticus, which is made up of a quarter of a ton of plastic – the amount that enters our oceans every second, was outside Parliament to highlight the worldwide threat to marine life.

Douglas added: “Sky have been working hard to raise awareness of ocean health and I am delighted to join their campaign and look at ways to reduce my own plastic consumption.”