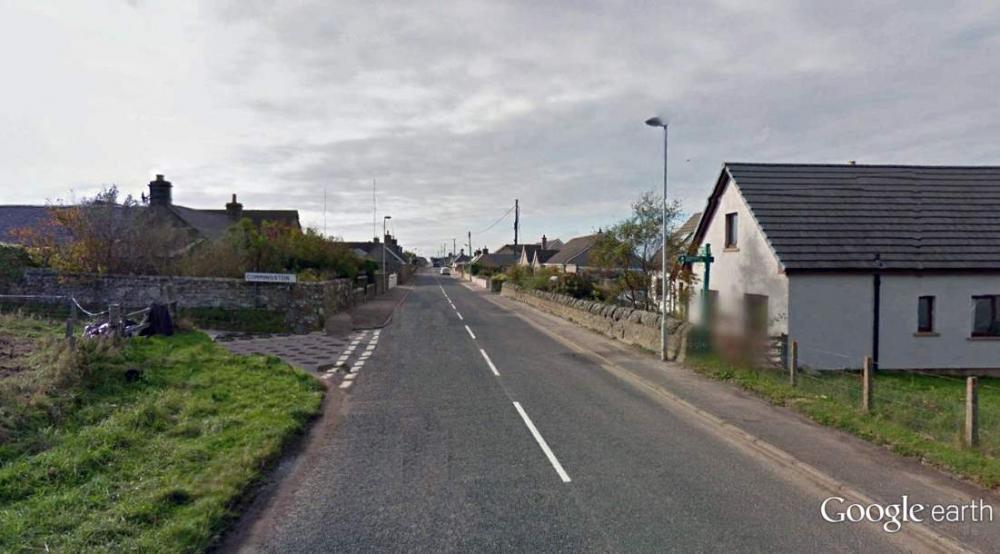 CONCERNS OVER FLOODING in the Moray village of Cummingston has prompted a letter from local MSP Richard Lochhead to the Chief Executive of Moray Council.

Mr Lochhead says local constituents have been expressing their concerns over the “unprecedented” levels of flooding of the road through the village recently.

Concerns are that the drains are unable to cope with levels of rainfall and water running off nearby fields – leaving the road and access to several homes flooded. It has been pointed out that while Moray Council used to supply sandbags to assist the community during periods of heavy rainfall, that is no longer the case.

Mr Lochhead has written to the Council’s Chief Executive asking that the local authority take a serious look at what steps it can take to reduce the risk of flooding in the village. The MSP has urged the Moray Council to work with the local authority to identify long term solutions, as well as asking that the community be provided with sandbags when needed in the meantime.

Richard Lochhead said: “From the correspondence I’ve received from residents in Cummingston, there appears to be a real problem in the village with the drains being unable to cope with the pressure of heavy rainfall and the water that runs off the nearby fields.

“I understand from the local community that the Council has in the past provided sandbags to help alleviate the impact of surface water but that this unfortunately no longer happens. As a short term solution, I think it’s important the Council provides this support to people in Cummingston and I’ve asked the Chief Executive whether it could revert to previous arrangements where sandbags are made available to local residents.

“That said, sandbags are not a long term solution to the problems with flooding of the road in Cummingston and I have asked the Council to take a serious look at what steps it can take to reduce the risk of flooding in the village.

“I have urged Council officers to work with members of the local community to identify more permanent, long term solutions to the flooding issues residents are facing.”