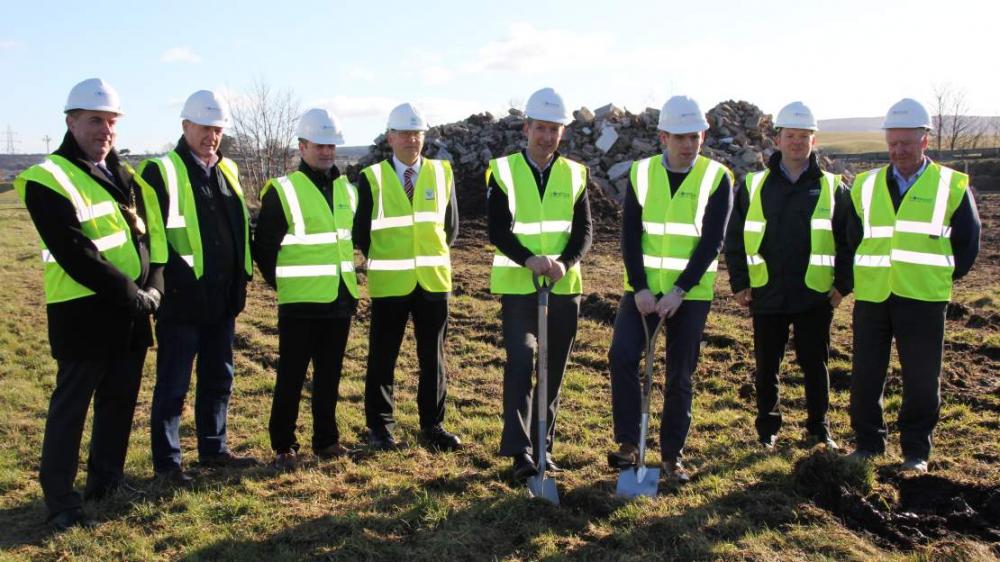 THE SYMBOLIC FIRST TURF has been cut on a new furniture store on the outskirts of Elgin – the culmination of a search for new premises over several years by the owner of Grampian Furnishers.

Royce Clark has spent countless hours researching how he could expand his highly successful Lossiemouth-based business – so it was particularly sweet for him on Friday when work officially got under way on the site just off the A96.

“Full steam ahead now,” Mr Clark said, adding: “Roads and drainage are almost complete so our builders are now chomping at the bit to get on. We should begin to see things taking shape in the next few weeks and, all being well, we will have our new store sometime in the Autumn.” Moray Council Convener James Allan has known Mr Clark since he attended the Lossiemouth Boys Brigade group which he helped organise – and knows more than most how much hard work he had put in over the years to further develop the business established by his father.

He said: “I’m feeling really proud as I’ve known Royce since he was in my Boys Brigade. My father was a carpet fitter – so he worked with the company from the very beginning.”

The project is expected to cost around £3.5million and will create around 50 new jobs at the new store, which will include a café.