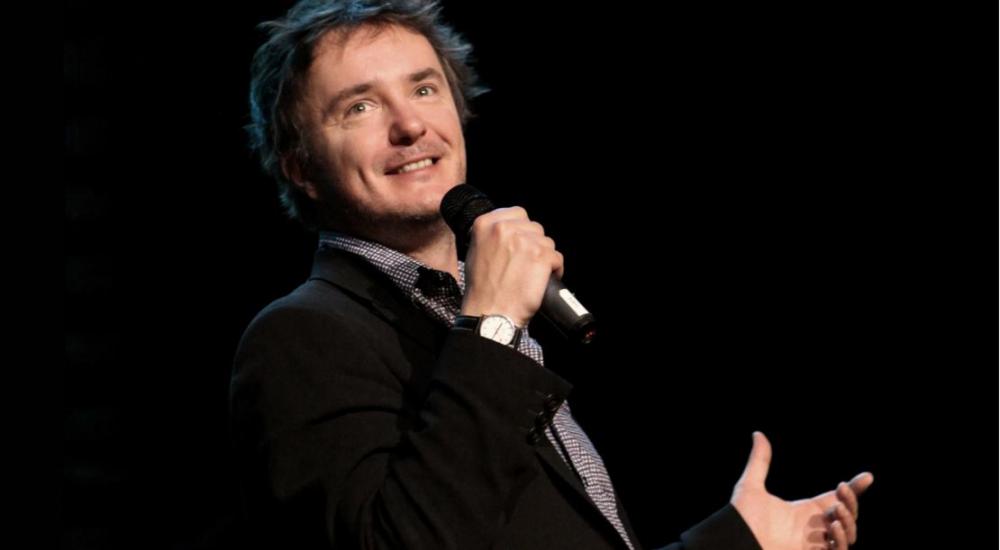 ONE OF THE WORLD’S leading comedians is to play to a near full house in Elgin Town Hall this weekend – with only 50 tickets remaining.

Irish star Dylan Moran was voted as the 14th Greatest Comedy stand-up in a Channel 4 poll – and has been hailed as ‘the greatest comedian, living or dead’ by French newspaper Le Monde.

Dylan was also the youngest person ever to win the acclaimed Edinburgh Perrier Award at the age of 24. He also created the cult BAFTA winning sitcom ‘Black Books’ in which he starred as bookshop owner Bernard Black.

As an actor, Moran has also appeared in BBC2’s How do you want me?, Notting Hill, Run Fatboy Run and as David in Shaun of the Dead. He has released six Stand-up DVD’s.

Adam Rowe is a young act from Liverpool who is fast becoming a favourite at the biggest comedy clubs and festivals.

The event is on Saturday February 24 at 8pm in Elgin Town Hall. Doors open at 6.30pm with a licensed bar available. Final few tickets are available online at http://buytickets.at/eventsinelgin