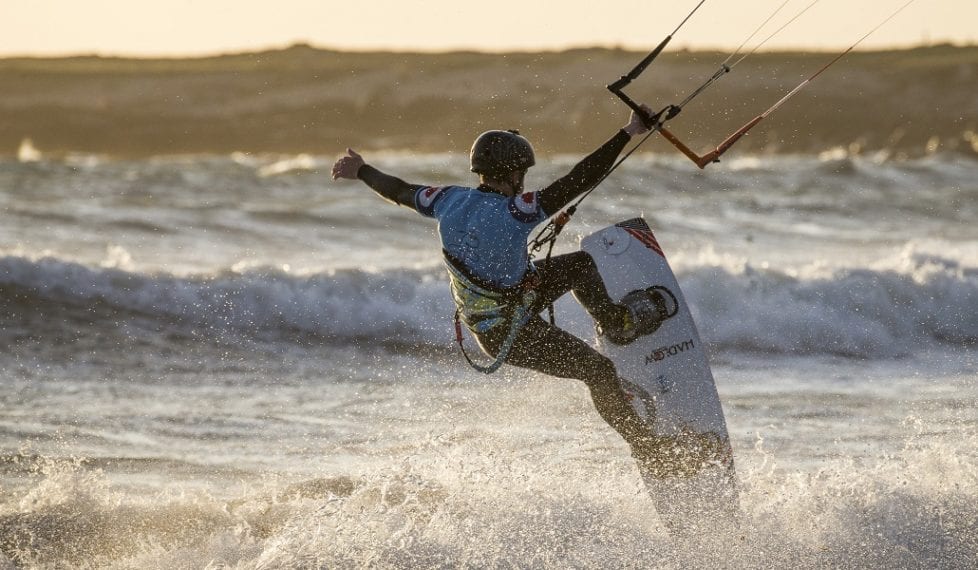 ROYAL AIR Force kite-surfers launched the RAF’s 100th birthday celebrations in Scotland on 17 May, by carrying a specially-designed commemorative RAF100 Baton to Benbecula in the Outer Hebrides. Nine members of the RAF Power Kiting Association braved high winds and rough seas to fly a specially created RAF100 Baton along the coasts of South Uist and Benbecula, home to an RAF radar that monitors airspace over the Atlantic Ocean and western Scotland.

After completing its visit to the Hebrides the RAF100 Baton Relay will continue across Scotland until 28 May, ending its visit with a procession on the Royal Mile in Edinburgh.

While in Scotland the RAF100 Baton Relay will also visit RAF Lossiemouth – home to the RAF’s northern quick reaction alert Typhoon force – and the former RAF base in Kinloss, both on Wednesday 23 May.

Air Vice-Marshal Ross Paterson, Air Officer Scotland, said: “The Royal Air Force has a strong Scottish heritage and has played a significant part in Scotland’s life and history over the last 100 years. To this day, Typhoons based at RAF Lossiemouth are on 24/7 standby to take to the sky in defence of the UK – and they’ll soon be joined by our new P-8 Poseidon maritime patrol aircraft. It’s fitting that the RAF100 Baton will be visiting Scotland’s two remote radar heads and flying in a Typhoon from Lossiemouth, highlighting the significant daily contribution made to our national security by the RAF’s presence in Scotland.”

On 1 April the Royal Air Force launched RAF100, a national campaign to mark its 100th year. The centenary itself will feature events, activities and other initiatives running nationwide from April to the end of September 2018. The RAF100 Baton Relay will take the campaign to communities in every region of the UK, carried by 20 RAF sports associations, serving RAF personnel, reservists, RAF Air Cadets and veterans. The Baton Relay concludes on 10 July at a major commemorative parade in London.

Air Chief Marshal Sir Stephen Hillier, the Chief of the Air Staff – who formerly commanded RAF Lossiemouth – said: “The RAF is only as strong and capable as the people who serve in it, every moment of every day. Our ability to defend our nation and project Air and Space power around the world is testament to the unwavering dedication and skills of our men and women. Our 100th year is the perfect opportunity for a public celebration of our commitment and successes.”