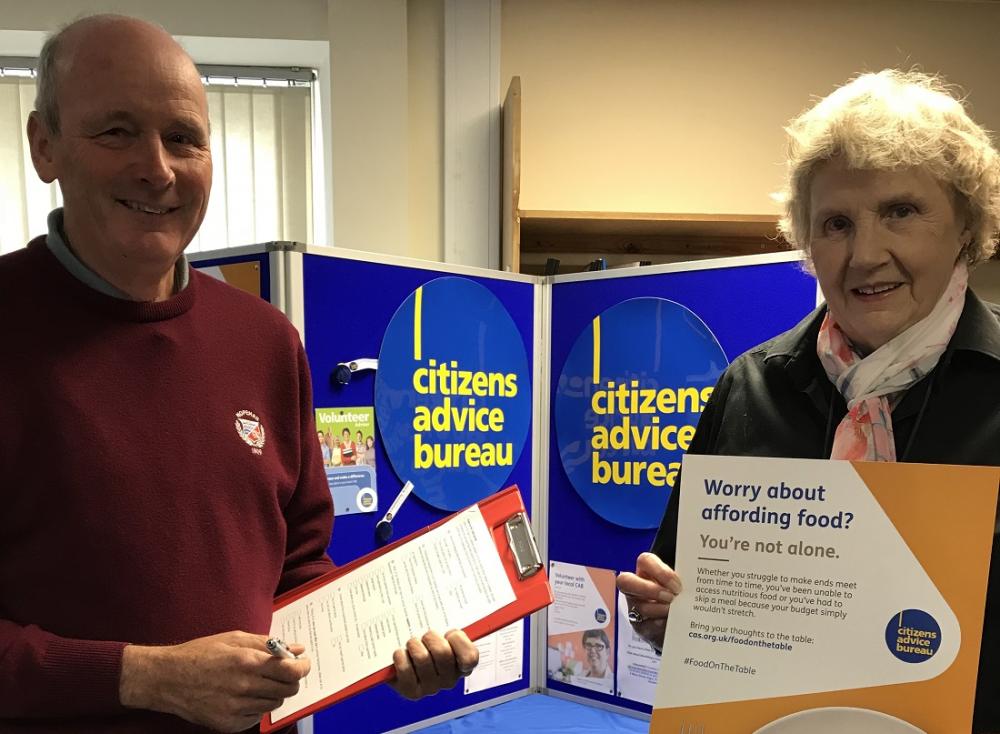 Moray Citizens Advice Bureau is urging local people to take part in a national survey on issues relating to food, including cost, choice, access and quality.

This is intended to build on a survey carried out for Citizens Advice Scotland in April. Shockingly, that survey found that 33% of Scots had gone without food in the past year due to lack of money (28% said this had happened between 1 and 6 times, and 5% said it had happened more than 6 times).

The same survey also found that 71% of Scots were concerned about Brexit, and of these 65% cited the cost of food and other essentials as a concern; 33% also cited issues with the availability and choice of fresh food.

Moray Citizens Advice Bureau Manager Mary Riley says: “The people who come through our doors often talk about how hard it can be for them to put food on the table. Cost is certainly a major issue for many, but it is not the only one. We also hear from people who find it hard to access good quality food in the local shops.

“The Scottish CAB network is running this national survey, and I want to make sure that Moray people form a big part of the total responses. The results will be used to inform government ministers and help shape future policy on food, so it would be a shame if people here missed out on their chance to have their say.

“So we are asking everyone in Moray to complete this short survey. We want to hear from people of all backgrounds and sections of society. It only takes a few minutes and you don’t have to give your name, but the more responses we get the stronger our voice will be.”

The Food on the Table survey will run until 17 October. It is available online at www.cas.org.uk/foodonthetable and paper copies will also be available at the local Citizens Advice Bureau at 6 Moss Street, Elgin, IV30 1LU. There will also be an event promoting the survey on Thursday 4 October (10 am to 2 pm) at Elgin’s TESCO.

Thirteen million people live below the poverty line in the UK, with individuals going hungry every day for a range of reasons, from benefit delays to receiving an unexpected bill on a low income.

People struggling with debt, benefits or other money issues can ask Moray CAB for advice, information and practical assistance on a range of issues, as detailed on http://www.moraycab.org.uk/

Help is also available through Moray Foodbank at http://www.morayfoodbank.org.uk/