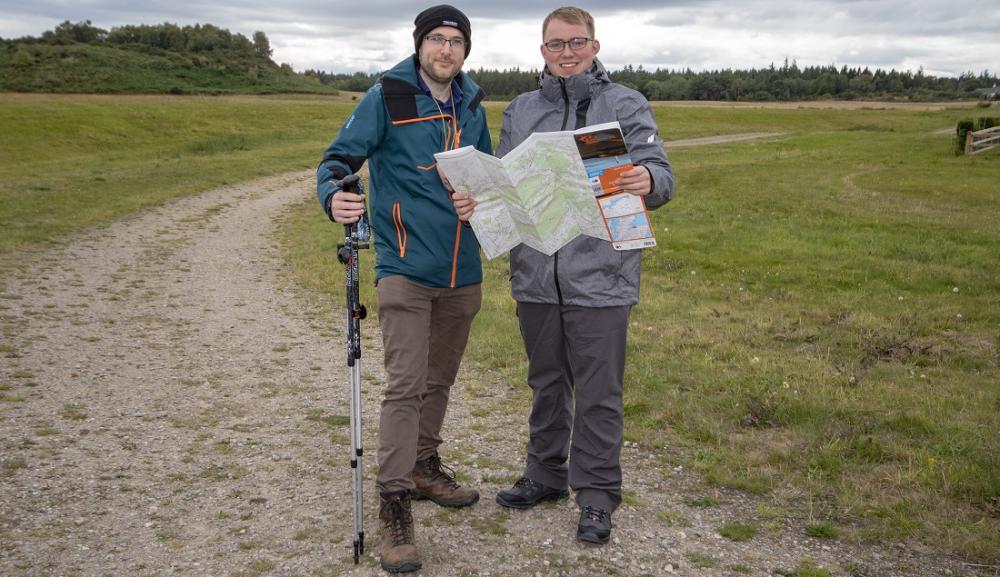 A 17-strong team of team of hardy outdoor enthusiasts are embarking on a mission to scale the tallest peaks of Scotland, England and Wales to raise funds for the British Heart Foundation.

Forres renewable energy company AES Solar, which designs, manufactures and installs solar panel systems from its base in Forres, have rallied a team of 17, made up largely from staff, family and friends to tackle the Three Peaks Challenge, in which walkers hike to the summits of Ben Nevis in Scotland, Scafell Pike in England and Snowdon in Wales, in sequence.

Aged from 11 to 66, the team hope to complete the medley of mountains in less than 24 hours starting at 6am on 29 September.

Technical Director Campbell MacLennan and Project Manager Stuart Engelmann have been planning the adventure for months.

Campbell said, “The idea has developed from a few of us walking a local Munro to a group of 17 completing the national Three Peaks Challenge. It’s typical of the people within the company to be ambitious and aim high.

“There has been a fair bit of research to do and lots of training. We are grateful to the company who have covered the cost of the Friday night accommodation, minibus and fuel.”

AES Solar has hired a minibus to drive the team from Forres to Fort William on 28 September, where they will grab a few hours’ sleep before starting the ascent of Ben Nevis at 6am on Saturday.

After descending 1345m Ben Nevis, the team will be transferred by minibus to Scafell Pike (978m) and thereafter to Snowdon (1085m) for a night-time climb with the aim of completing the challenge by 6am on Sunday morning.

Stuart added, “The team combines varying levels of hiking experience and abilities, and also a range of ages with the youngest being 11 and the eldest in his sixties, so we will all have to support and encourage each other along the way. There are sure to be a few sore legs in the office on Monday morning!

“Some members of our staff here at AES Solar have had family and friends directly affected by heart and circulatory conditions such as heart disease, stroke, vascular dementia and their risk factors like diabetes. For this reason, we have chosen this cause to not only remember those that we’ve lost but also to thank the British Heart Foundation (BHF) for their outstanding work and support that they carry out to this day.”

For over 50 years the BHF has pioneered research that has transformed the lives of millions of people living with heart disease, which is the leading cause of death worldwide and is the UK’s single biggest killer. Shockingly, more than one in four people in the UK die from heart and circulatory diseases, so anything you can spare for this important cause will have an impact.

Donations can be made at https://www.justgiving.com/fundraising/aes-solar