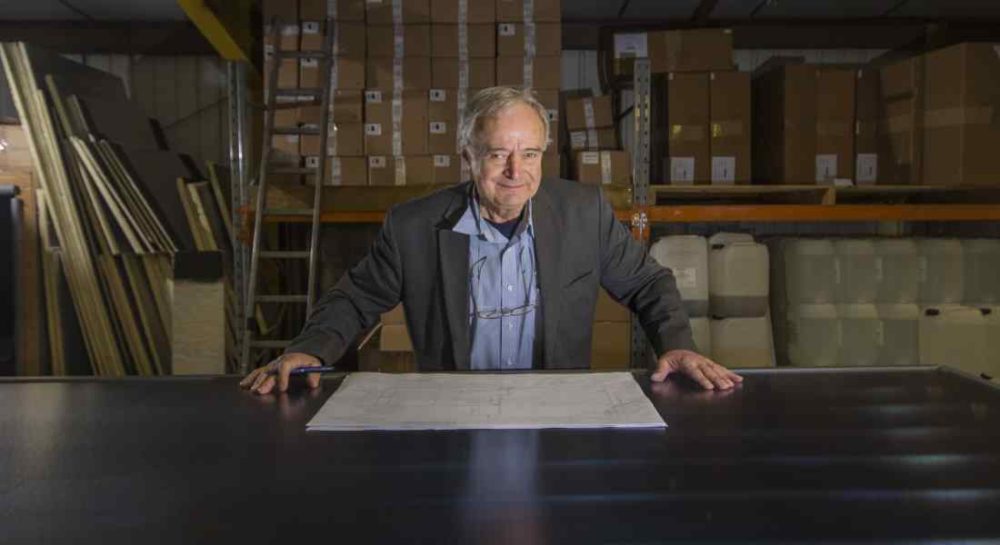 A local renewables expert is to meet with the Energy Minister to discuss Government policy changes that could have a huge and lasting impact on the future cost benefits of solar panels all across the UK.

George Goudsmit, managing director of solar panel company AES Solar based in Forres, is to meet with Energy Minister Claire Perry after local MP Douglas Ross visited its premises and was asked to arrange the meeting to discuss the impact of policy changes which will come about in March.

He said: “We put a lot of time and effort into lobbying both the Scottish and UK Governments for the benefit of the industry, customers and our environment. We are solar energy specialists, it’s all we do so it is critical that we campaign for fair and sensible policies and we will communicate that to Claire Perry when we meet.”

Currently, the Feed-in Tariff provides a payback for excess energy solar customers generate. If the tariff is removed, as it is proposed in March, these customers could end up supplying large energy companies with power free of charge, which in turn could be sold back to the public, with no benefit to the customer who generated it.

The energy minister recently commented in the House of Commons that ‘it would be wrong to have power provided to the grid for free’. However, the plan to remove the export tariff remains with no alternative proposed.

MP Douglas Ross visited the solar panel company in December and secured the meeting in Parliament. He said: “A Government consultation is now under way looking into suppliers paying small-scale green electricity generators for the electricity they put into the national grid.

“I was keen to raise this with the Energy Minister following an excellent visit I had to Forres-based AES Solar recently.  I sought reassurances from Claire Perry that the responses to this consultation would be listened to, after 91 per cent of respondents to a previous consultation by her department were opposed to the ending of export tariffs, yet it looks like this will go ahead.

“I was also keen to get the minister to meet with AES Solar to learn more about the great work they are doing and listen to their concerns and I am glad she has agreed to this meeting.

Although the minister pointed out that she believed the era of crude subsidies was over, Claire Perry said: “We are trying to ensure we bring forward the centralised energy that we believe is so important to this system going forward and I would be very interested in his and his constituents’ views.”

George Goudsmit added: “We agree with the minister that ‘crude tariffs’ are long gone. All we want is clarity for our customers about how the export tariff will look and when we can expect it to be in place.

“The bigger picture, which matches our mission statement, is about decarbonising our energy supply to reverse the damage done by climate change and create a sustainable clean energy supply.

“We are very grateful to Douglas for championing us and the industry in Parliament. The consultation shows good intentions from the Government, but the devil is in the detail.

“The Scottish Government have introduced some fantastic initiatives including interest-free loans for solar PV, solar thermal, battery storage and electric vehicles but they have no control over the tariff policies set at Westminster. Commitment to a fair export tariff together with the Scottish Government’s forward thinking initiatives would certainly be a very positive step forward for the renewables industry as a whole.

“The UK Government must use this consultation to address real market barriers which may prevent suppliers delivering fair market payments to people who provide solar electricity to the grid, despite their best intentions. We look forward to a productive meeting with the Minister and hope our views, and those of the industry, are heard loud and clear.”