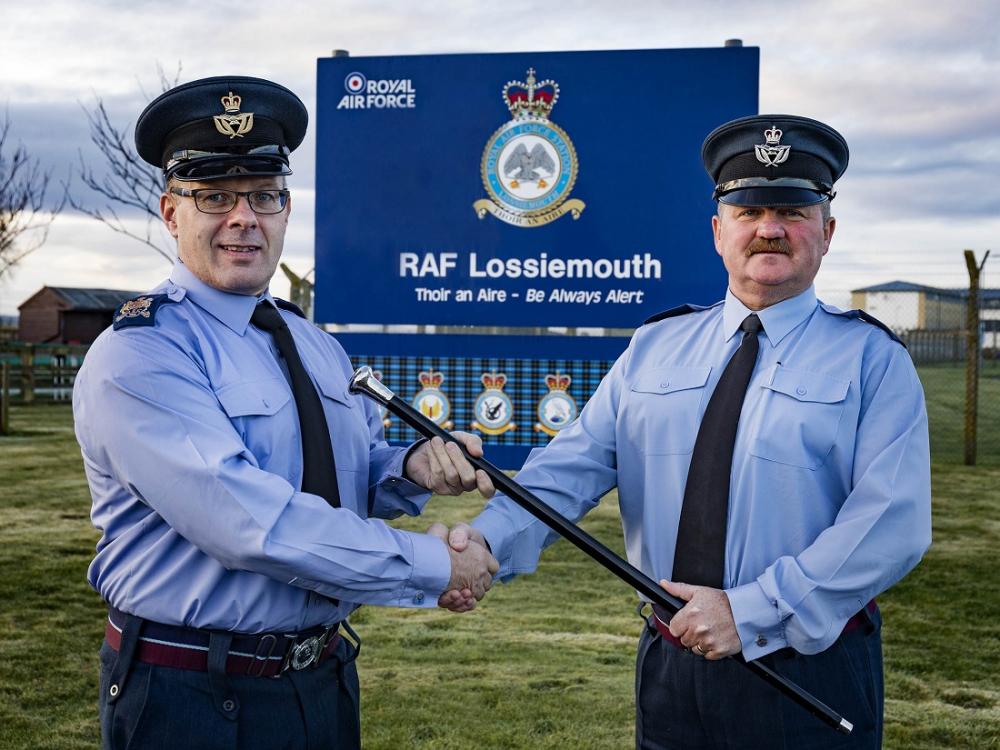 The Station Warrant Officer is responsible for standards and discipline on an RAF base and is the Station Commander’s right hand man.  WO Milligan has been in the post for a very busy three and a half years and will next take up a role in the Lossiemouth Development Programme (LDP).

He said: “Holding the position of Station Warrant Officer for the past three years has been a tremendous privilege, particularly during the Royal Air Force’s centenary year.  This role has been the pinnacle of my 36 year career.

“I am fortunate to be staying on base working on the LDP, and looking forward to being part of an exciting time of development at RAF Lossiemouth.”

From September 2014 RAF Lossiemouth’s primary role has been the provision of Quick Reaction Alert (Interceptor) North, or QRA as it’s commonly called.  The strategically important position of RAF Lossiemouth makes it an ideal location to maintain aircraft and crews on high alert in order to scramble and intercept unidentified aircraft approaching UK airspace. This is the basis of QRA and is a duty that has been maintained by the Royal Air Force on a 24/7 basis for decades.