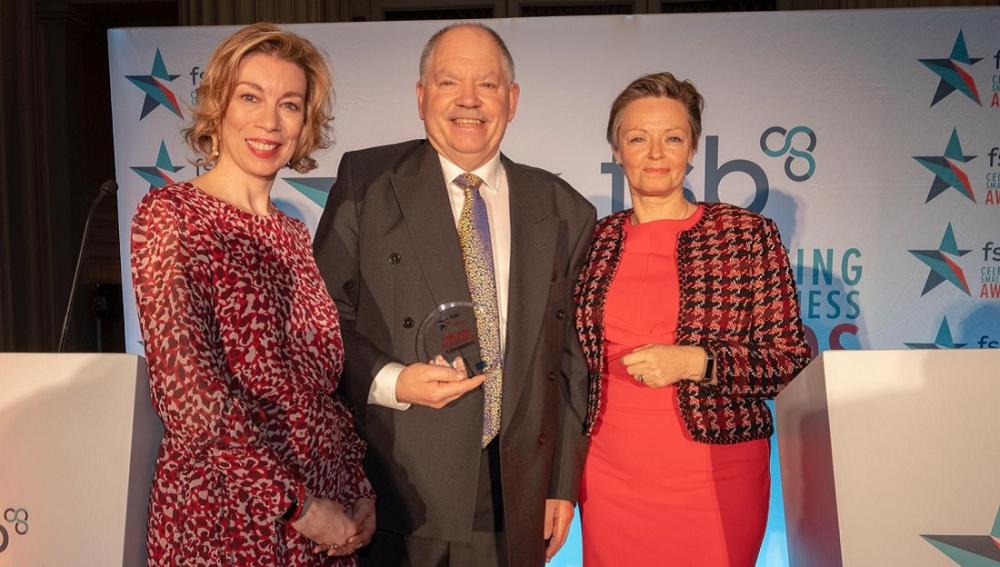 A Forres engineering and construction firm has been crowned Scotland’s Employer of the Year at a glittering award ceremony held in Edinburgh.

AJ Engineering scooped the award at the 2019 Federation of Small Business (FSB) Celebrating Small Business Scottish Awards held in The Old College in the Scottish capital.

The Forres-based firm which is this year celebrating 20 years in business employs over 70 staff including 12 apprentices and has developed a reputation as one of the region’s foremost steel fabrication, steel erection and cladding specialists. It is also recognised as a supporter of continuous learning and apprenticeships.

Founded in 1999 by Alan James, who himself began his own career as an apprentice, AJ Engineering impressed judges with their continued investment in their employees and programme for developing and retaining staff.

Alan James said: “I am absolutely thrilled to be taking this award back to Forres. There was such a high calibre of businesses in the Employer of the Year category, that we were just delighted to be nominated, but to be taking this award home really is something else. I want to acknowledge the staff, this award is for all of them and the apprentices who put so much in to the company and really do make it what it is. The FSB has recognised that as a company we are passionate and committed to investing in our workforce.”

He added: “I want to thank the FSB who saw fit to award us with the title and also who put on a superb ceremony. It was a fantastic day out.”

David Groundwater, FSB Development Manager said: “Right across Scotland there are thousands of small local businesses driving local growth, sustaining communities and creating jobs. AJ Engineering is a great example of a small local business doing not just one but all of those things, year-on-year.

“This year’s awards attracted a record number of applications and were reflective of the vibrancy, innovation and tenacity that makes up the small business community across Scotland. It’s been great to see so many businesses play such an enthusiastic role in our awards from such a diverse background and from every corner of the country. I wish Alan and the team all the best in their celebratory year and of course for the UK national Awards final in May.”

In November AJ Engineering won SME (Small and Medium-sized Enterprise) of the Year at the Moray Chamber of Commerce Business Awards.

AJ Engineering has series of events planned through 2019 to marks it milestone year in business. The main one is a fundraising ‘cycle’ for three charities, Diabetes Scotland (Moray branch), Marie Curie Moray and Fort William-based STAR for Harris.

Employees are being encouraged to take part in the virtual bike challenge covering 21,000 miles, the same distance as the average travelled completing jobs in one year.

AJ Engineering will now head to the FSB national final in London on 23 May.