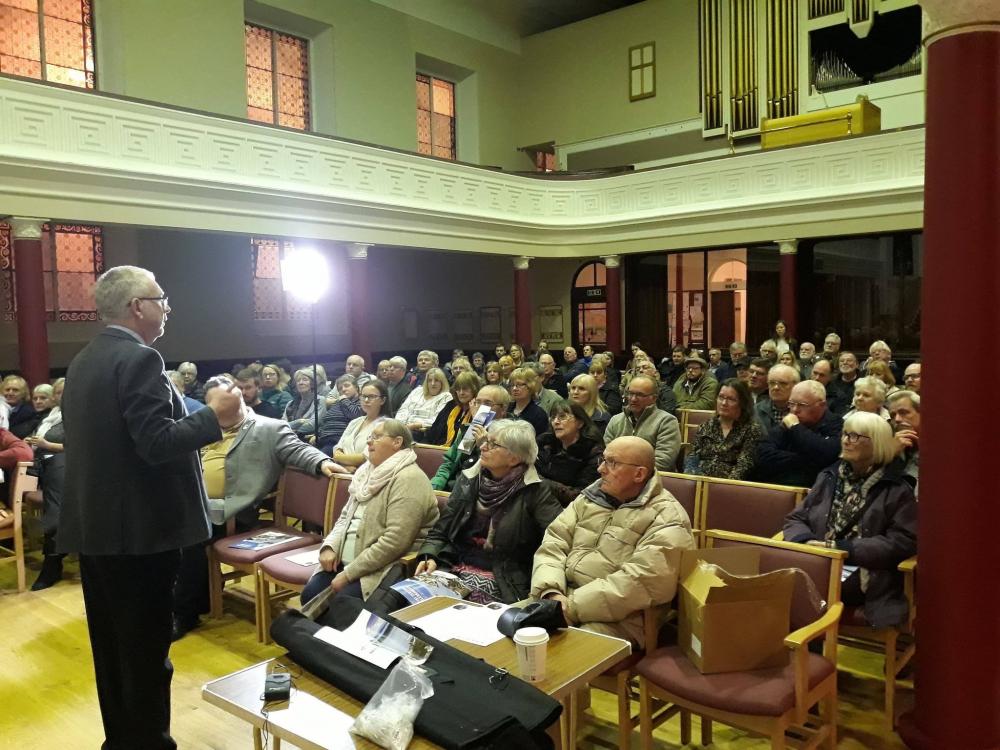 The potential impact of Brexit on rural Scotland has been described as the ‘21st Century Clearances’ in a new report published by Scottish Rural Action.  The report summarises findings from a series of community conversations held across rural Scotland.

Amanda Burgauer, Chair of Scottish Rural Action, said: “This report is about giving voice to a rural point of view that is rooted in Scotland’s people and places, rather than its rural industries. Three major themes emerged.

“Of most concern was the fear of long term depopulation, exacerbated by the economic impact of the end of freedom of movement.  There was an expectation of a hollowing out of rural Scotland through loss of EU funding, and there was worry about social cohesion with Brexit intensifying a sense of ongoing powerlessness in rural communities.

“There is widespread anger and frustration across rural Scotland, but that anger isn’t solely about Brexit.  It was clear from workshop discussions that Brexit is compounding long standing concerns about rural equity and fragility.

“Brexit was described as the ‘straw that breaks rural Scotland’s back’, with people pointing to structural fragilities across rural communities. Participants generally believed that an historic over-reliance on EU funding to ‘prop-up’ rural areas makes rural Scotland particularly exposed to future loss of EU support.”

The report was presented to Constitutional Relations Secretary Michael Russell MSP at a well attended public meeting at St Giles Church in Elgin on Monday evening, where he said:  “The Scottish Government is committed to ensuring the voices of rural communities are heard and I commend Scottish Rural Action for the work it has done to achieve this.

“The findings in this report are stark. Taking Scotland out of the EU against our will removes us from a market which is eight times bigger than the UK alone.

“Rural communities are deeply worried about the impact of Brexit on their lives. From funding and trade to community life and the workforce, many believe the effects will be nothing short of catastrophic.

“This is sadly yet another example of just how damaging Brexit will be for Scotland.”

The meeting was hosted by Moray MSP Richard Lochhead, who said: “I was pleased to welcome Scottish Rural Action to Moray and to have them launch their report on the effect of Brexit on rural Scotland at our public meeting.

“The findings of the report are concerning and demonstrates just how hugely damaging Brexit could be for our rural communities, with the potential loss of funding, trade and workforce.  So many local projects and communities have benefited from EU funds, such as LEADER and regional development funds, and then there’s also the financial support provided to the food and drink sector.

“There is clearly a great deal of concern in rural communities about the damage that will be caused by Brexit and there’s a real lack of confidence that the UK Government will provide the necessary support to these communities to mitigate that damage after we leave the EU.”

The report also highlights potential opportunities for rural Scotland post-Brexit.  Amanda Burgauer added: “People shared a vision for what rural Scotland could achieve if empowered and resourced.  Of particular note was the opportunity to detach rural funding from the EU priorities of agriculture and fisheries policy, acknowledging that technological developments are changing what rural means in the 21st century.

“We have summarised that Rural Vision in our report and we are inviting the Scottish Government to examine our findings and take steps to empower rural Scotland’s people and places, regardless of the eventual Brexit outcome.”

The report ‘21st Century Clearances: What does Brexit mean for rural Scotland?’ is published by Scottish Rural Action and can be downloaded from www.sra.scot.