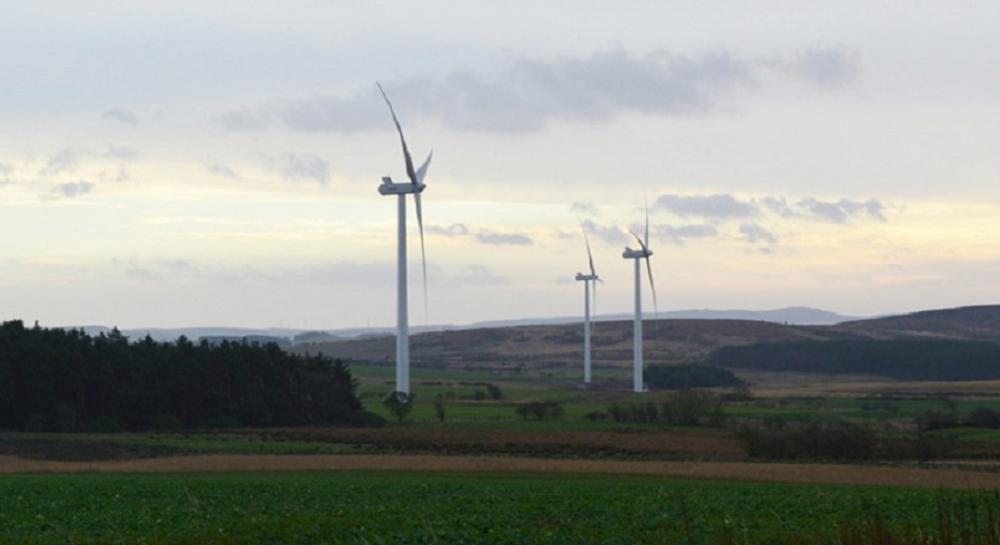 Plans for a large, 48-turbines wind farm development are to be debated by Moray Councillors at their ‘Planning and Regulatory Services Committee’ today.

The planning decision for a large development of this type rests with the Scottish Government, with Moray Council consulted as part of the decision making process. If Councillors accept the recommendations of their Planning Officers to object to the proposal, this would trigger a local public inquiry, which would have to be held before a final decision is reached.

The joint development partners behind the project, Force 9 Energy and EDF Renewables, have been discussing the potential for communities in and just outside the Western boundary of Moray to invest in the scheme and share in the profits from the wind farm.

The developers are pleased with the response they have received from communities across Moray, reporting that “community leaders in Moray have welcomed an opportunity for local communities to invest in Clash Gour, a major new wind farm proposal.

“Force 9 Energy’s joint development partner, EDF Renewables, has committed to providing an opportunity for community groups in and around Moray to collectively invest in, and share in the profits of the proposed Clash Gour Wind Farm.

“Force 9 Energy has been liaising with interested community groups over the last 15 months and are delighted that 9 Moray community groups have already signed a Memorandum of Understanding (MoU) which captures the key principles of the community ownership opportunity. Lossie Community Council have also recently agreed to sign an MoU.”

Commenting on the MoU and the Shared Ownership opportunity, Alastair Kennedy, Chair of The Joint Community Councils (JCC) of Moray said: ‘’I believe the whole of Moray has an opportunity to benefit from Clash Gour if the application is successful.

“An investment in the Community Ownership Opportunity could help the community to do things differently and in a more strategically agreed manner, so that all areas of Moray feel the benefit. Over the lifetime of the investment I would expect a lasting legacy to be put in place which would be sustainable long after the investment ends.”

“With local government coming under increasing financial constraints, and the cut backs that are taking place, the investment could generate returns in the future which could help bridge the gap and help fund local community projects in the future.”

Support for the proposal has also come from Heldon Community Council and community organisations like the Finderne Development Trust.

Chris Piper, Chair of Finderne Development Trust said: “The Trust has welcomed the opportunity offered by the developers of the proposed Clash Gour wind farm to explore the possibility, without any obligation or risk to the Trust prior to construction, of investing in an element of shared ownership of the wind farm. This could provide an important means of contributing to the long-term income streams needed to support achievement of the Trust’s vision and accordingly we were pleased to sign the MoU with the developer.”

However, Moray Council planning officers consider the proposal to be breaching a number of local policies. Their greatest concerns relate to the visual impact of the proposed development on the landscape, and they are recommending the Council should object to the proposals. Their full report is available on https://moray.cmis.uk.com/moray/CouncilandGovernance/Meetings/tabid/70/ctl/ViewMeetingPublic/mid/397/Meeting/207/Committee/6/Default.aspx