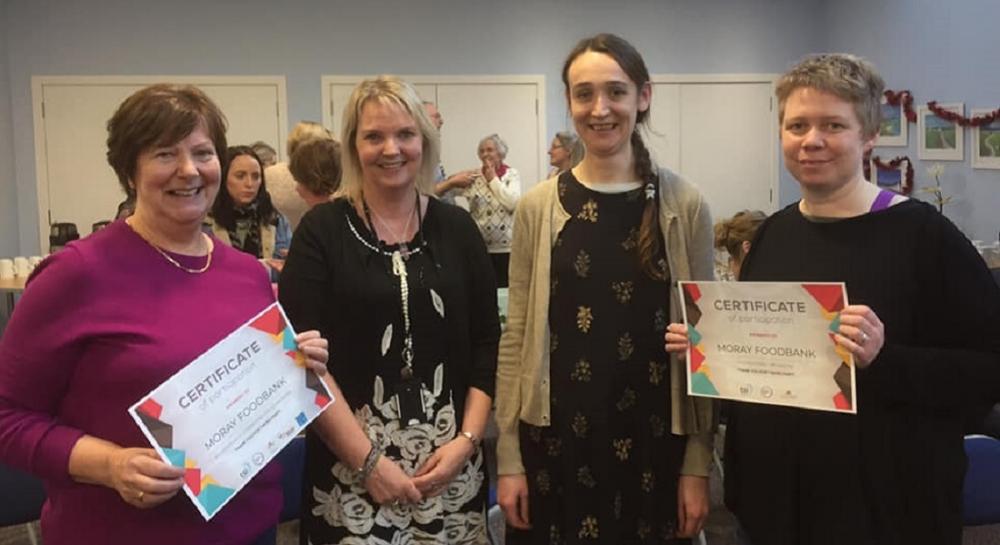 Over the past two years Moray Foodbank has been working hard developing new ways to provide food support that are different from the more traditional food bank model. This has been done to offer more dignity and choice to people who are facing food insecurity.

There are now 18 community larders across Moray that in the last financial year were accessed over 1400 times. This meant people could choose what they wanted to eat rather than being given a pre-selected parcel.

Over 16 tonnes of quality surplus food and an additional 18,000 litres of milk were recovered from local supermarkets and producers. This was then redistributed to community groups to support their activities and reduce the impact of food waste. They delivered community meals, cooking sessions, holiday clubs, growing sessions and other activities that all supported groups and people across Moray.

As a result the service has changed so much that a decision has been made to leave the Trussell Trust network and continue operating as a truly independent organisation. This means there will be some changes over the next few months. Firstly the traditional Trussell Trust branding will be removed and replaced with a new logo. This will be followed, in the next few months, by a complete rebrand, including a change of name to reflect the broader services being delivered by the organisation.

Mairi McCallum, project manager for Moray Foodbank explains: “The Trussell Trust was a great help to the organisation when we initially set up and enabled us to establish ourselves as a food bank. We are grateful for their support but feel that the time has come for us to branch out on our own. The services we deliver are more than just the traditional food bank model and we want to develop the organisation in a way that properly reflects this. Other than the change of logo, and further down the line a change of name, it will still be business as usual across Moray.”