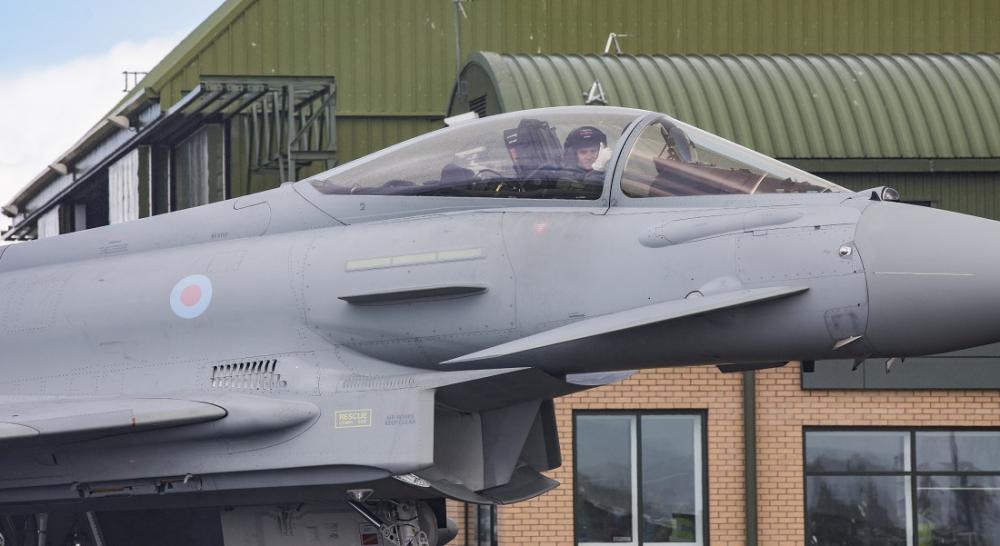 “I was extremely lucky to have my first tour with 6 Squadron as a Jaguar pilot. It was a roller-coaster ride and I’m delighted to have the opportunity to be a part of the Squadron again since I already have a genuine affiliation with it. It’s an honour and a privilege to lead a Squadron with such an illustrious history and, from what I have seen so far, the spirit and commitment of the team is undiminished. The forthcoming months will be challenging and exciting as we depart very soon to Sweden on Exercise Arctic Challenge to train with our NATO partners, and then prepare for operational deployments.”

Wing Commander D’Aubyn comes to Moray having qualified in 2005, originally as a Jaguar pilot, gaining experience on this aircraft type with 6 Squadron.  He converted to Typhoon following the retirement of the Jaguar fleet in 2007 and was part of the Typhoon’s first operational deployment over Libya in support of Operation Ellamy. He takes command of 6 Squadron following postings in Germany, Italy and Qatar.