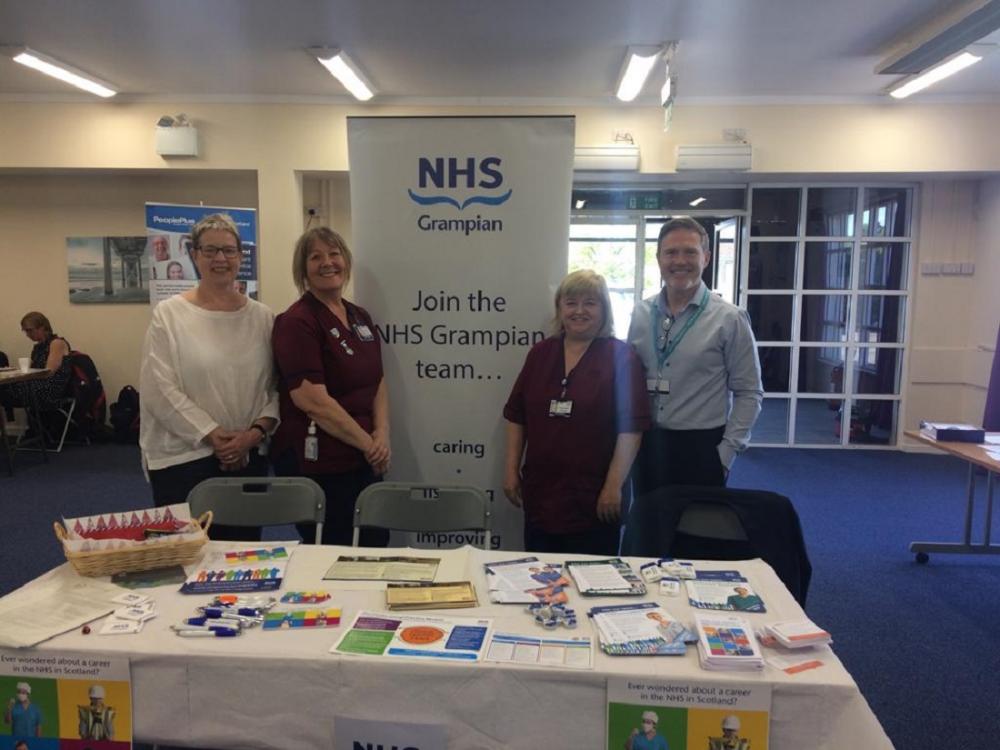 Women & Children’s Services in Moray received a significant boost today after it was announced that a long-term plan to create a sustainable service has been given Scottish Government approval.

The proposals for the future of Women and Children’s services at Dr Gray’s Hospital were developed and voted upon by local NHS staff, members of the public and campaign group Keep MuM.

The plan has been made available in full to the public from today and includes details of the group’s preferred options for the future shape of the service.

The Women and Children’s service at Dr Gray’s has been operating on a temporary, reduced service since last summer due to severe shortages of trainee and consultant doctors.

Sue Swift, Women and Children’s Divisional General Manager, said: “While this is an evolving plan that will need to be further refined and updated following public feedback on the paediatric model and the detailed financial analysis that will take place over the next couple of months, the approval from the Scottish Government is a significant and welcome step forward.”

Ms Swift confirmed that the wider public would get their chance to have their say on the alterations proposed to paediatric model at Dr Gray’s during a series of engagement events that would be announced shortly.

If approved by NHS Grampian following detailed feasibility analysis and public consultation for the new paediatric model, NHS Grampian aims to gradually introduce the service models as staff are recruited over the next 11 months.

A new recruitment campaign was also launched by the health board at Kinloss on Wednesday in partnership with the armed forces in Moray. It aims to recruit clinically trained partners of service military personal in our area.

Ms Swift also confirmed that a dedicated taskforce is now in place and working at the hospital to help progress the workforce needs.

“This is a positive step forward in terms of getting a full consultant-led maternity service back up and running in Elgin, however there is no room for complacency and everyone involved in the delivery of the plan must keep the foot on the gas to ensure that they stick to the agreed timetable.

“I hope that having a long term plan in place will give the community and the Keep MUM campaign confidence over the future of the local service.

“I will be looking closely at the proposals for paediatrics and will be discussing the plans for children’s services in Elgin with NHS Grampian when I next meet them.”

Moray MP Douglas Ross also commented, saying: “This update brings us closer to ending the uncertainty and worry for pregnant women in Moray about whether they might have to travel to Aberdeen to give birth but it also confirms it will still be another year before we see a full maternity service return in spring 2020.

“I’m delighted that a round-the-clock children’s ward will also re-start, allowing children who need short-term admission to be treated in Dr Gray’s rather than having to go to Aberdeen. This will be a great relief for parents in Moray because I know that many have had to face the long journey to Aberdeen during the night when the paediatric unit in Elgin was cut to daytime admissions only.

“We have waited a long time for a return to full, sustainable services for maternity and paediatrics in Elgin, and although there is still a lot of staff training to do at least we now know that NHS Grampian is committed to ensuring that Moray has the hospital provision that local people need.

“Having experienced the care provided at Dr Gray’s when our own son was born there in March, I know how much local people will appreciate and value the full return of maternity services when it happens.”

The plan is available in full at http://bit.ly/Phase2DRAFTDGHWomenChildrensPlan