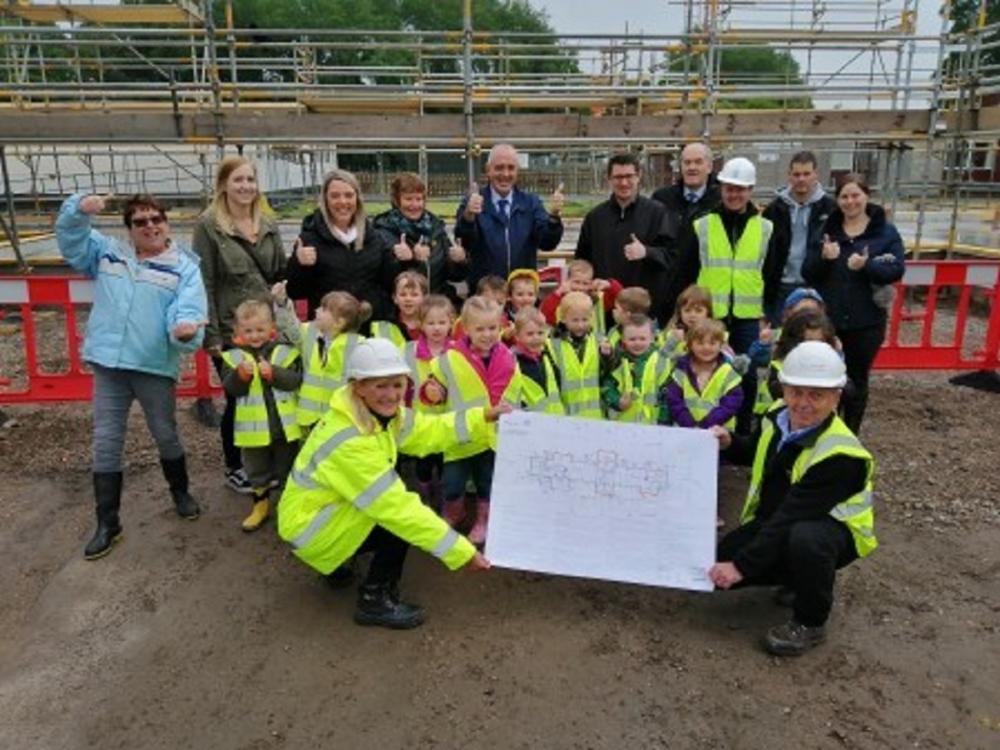 Children from Pilmuir Nursery in Forres have given their new nursery building a big thumbs up after going on a site visit last Thursday, 13 June.

Due to open in early 2020, the new building signals a £2 million investment in the Forres nursery as part of the Scottish Government’s early learning and childcare (ELC) expansion.

The children currently at Pilmuir Nursery have enjoyed seeing the daily changes to the building site and were keen to get up close to the development, especially the diggers! During the visit they got to meet the architect and site manager who showed them plans for the new nursery and gave an insight into what it will look like.

Headteacher of Pilmuir Primary School, Mr Leslie Tulloch, said: “It’s been such a positive experience for the children in the nursery to get up close with the building site and I hope it gives them a real sense of ownership, a feeling that this nursery is theirs, when they move into the new building. The children moving on to P1 after the holidays will be able to continue to see the progress from the playground and you never know, we might have some budding architects, engineers and builders in our midst as a result.”

Site Manager, Mr Paul Skilling, from contractors Morrison Construction chatted to the children and showed them what the new nursery will look like.

Afterwards he said: “It’s been a pleasure to host the children. The joy and excitement they brought on their visit has been the highlight of our week.

“Our site visits are always popular with the schools that take part and allow us, particularly with the young children, to reinforce a health and safety message in a lively and creative way. The children enjoyed looking at the site and it was great to be able to show them some of the different roles on a construction site – perhaps it will even act as an incentive for some of the group to consider construction as a career when they’re older.”

Preparing for the increase in Early Learning and Childcare hours offered to parents from August 2020, the new building will offer a more modern early years’ experience for the children attending Pilmuir Nursery, which will be under the management of a new Nursery Manager from August 2019.

With parents being offered 1,140 hours a year of funded early learning and childcare from August 2020, Moray Council is updating a number of early years provisions in line with the delivery plan, which sets out the extent of refurbishment in a number of nurseries and in conjunction the Scottish Government’s A Blueprint for 2020: The Expansion of Early Learning and Childcare in Scotland.