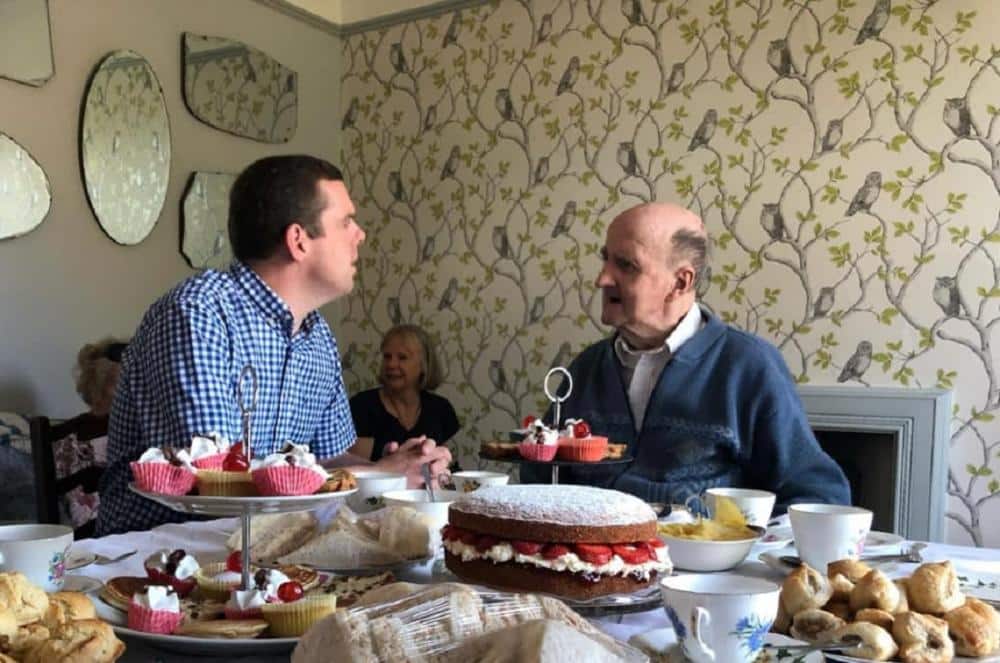 Contact the Elderly, which combats social isolation through Sunday afternoon tea parties, has launched a second group in Elgin to tackle the misery of loneliness among older people.

The charity recently appealed for more volunteers to expand its work in the town to build on the success of its first group, launched in February 2018, as reported by insideMORAY (https://www.insidemoray.com/first-contact-the-elderly-group-gets-under-way-in-moray/).

Among those who responded to the recent appeal were Nicola and Peter Hire, who hosted the new Elgin group’s guests and volunteers at their home in Longmorn last Sunday, 25 August.

They also welcomed Moray MP Douglas Ross, who is backing the organisation’s bid to beat loneliness amongst the older generation and supported the launch.

Mr Ross said: “Loneliness is a growing and distressing problem affecting many in our society but is particularly poignant for older people who often can’t get out and about as easily as others.

“Contact the Elderly provides much-needed, friendly companionship, something which can go a long way to improving the lives of older members of our community, and it was a real privilege to meet all those involved.”

The charity organises scores of tea parties across the country each weekend when guests, usually aged over 75 and living alone,  are chauffeured by volunteer drivers to a host’s home where they can enjoy a couple of hours’ of tea, cake and conversation.

There is currently a waiting list to join the Elgin parties and a third group is on the cards for the town if enough volunteers can be found. Hosts need only devote three afternoons a year to the charity when they are expected to welcome small groups of guests and volunteers into their home for afternoon tea.

Drivers are required one Sunday afternoon per month to collect guests, accompany them to the gathering and drive them home again.

To find out more about becoming a volunteer or guest with Contact the Elderly please contact Denise Robson at denise.robson@contact-the-elderly.org.uk or on 01542 285010.