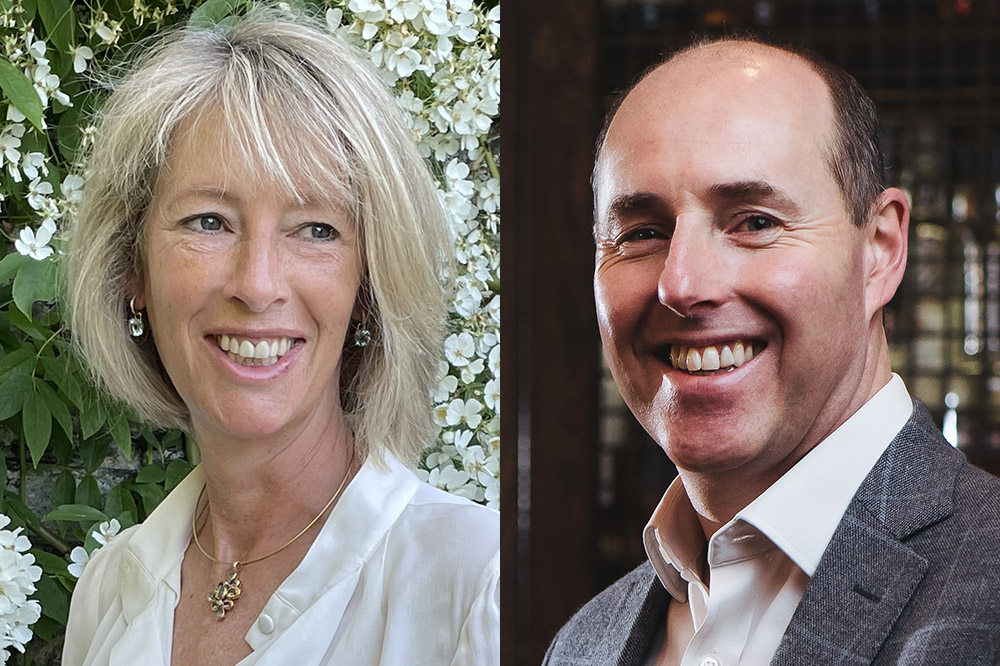 Two new Deputy Lieutenants have been appointed to the Moray Lieutenancy.

It follows the stepping down of former Deputy Lieutenants, having reached the age of 75: George McIntyre DL, former Convener of Moray Council, and Ian Urquhart CBE DL, former Managing Director of Gordon and MacPhail, and current President of Johnstons of Elgin.

Mrs Zara Gordon Lennox and Mr Stephen Rankin will now take up the duties of Deputy Lieutenants in the area. Zara Gordon Lennox, along with her husband Angus, has played a large part in the expansion of activities on the Gordon Castle estate and most notably in the rejuvenation of the Walled Garden which was named ‘Historic Houses Garden of the Year’ in 2021.

Stephen Rankin is the current Director of Prestige at Gordon and MacPhail and has been widely recognised for his endeavours to promote whiskies around the globe.

Moray’s Lord-Lieutenant, Major General Seymour Monro paid thanks to the outgoing deputies, George and Ian, and welcomed both Zara and Stephen.

“I am most grateful to George and Ian for their excellent service over the past seven years; it has been a very busy time for the Lieutenancy. I am really pleased that Zara and Stephen will be joining our team. Zara has not only been hugely involved in the many improvements at Gordon Castle, but has also been much engaged with the local community in Fochabers especially during the pandemic.

‘Stephen brings enormous business experiences to our discussions and I know he will keep us informed of developments across the businesses in Elgin and indeed the whole of Moray. We welcome them both.”

Zara Gordon Lennox said: “I am delighted and honoured to be appointed as a Deputy Lieutenant and look forward to assisting the Lord-Lieutenant and the people of Moray in any way that I can.”

The Lieutenancy of the County of Moray comprises the Lord-Lieutenant, the Vice Lord–Lieutenant and 12 Deputy Lieutenants. Their details, their roles and other useful information, including about nominations for honours is available on the Lieutenancy website.