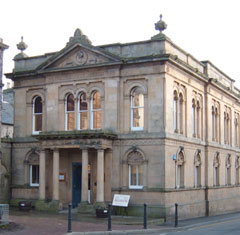 Voluntary groups in Lossiemouth have a ‘golden opportunity’ to pool their resources, tap into funding opportunities and ensure that they can take full advantage of major events in the town.

That is the view being expressed by the Lossiemouth Community Council (LCC) who next week are hosting a meeting of all interested groups and clubs at the local town hall.

The meeting aims to build on initial talks that took place with local community groups, clubs and associations at the end of last year.  That has led to a proposal that a new association be formed with representation for all interested groups as well as from the Lossiemouth Business Association and the Community Council.

A meeting of the LCC on Tuesday also agreed closer links should be established that would allow coastal communities in Burghead, Hopeman and Lossiemouth work together on a joint approach for projects that promoted the entire area.

Chairman of the LCC, Mike Mulholland, said: “One of the first acts of the newly elected community council at the end of last year was a very positive first meeting with community groups, clubs and associations from throughout Lossiemouth.

“We all gleaned a much greater understanding of the difficulties faced by many organisations in the town. We felt from that meeting that there was scope for greater cooperation and coordination between organisations in Lossiemouth – in particular on key issues such as timing of public events and fundraising.

“There is a feeling that Lossiemouth has lost out a little in taking full advantage of public funding and grants that are available – and a cause of this, it is felt, has been a lack of knowledge on how to go about applying for such funding.”

An open invitation has now been issued to every club, group or association in Moray to send a representative to the meeting next week when it is hoped a new approach can be agreed.

Mr Mulholland added: “We would like to see as many groups as possible being represented at Wednesday’s meeting. One of the proposals is that from this we form a new association that as well as having representation from each group would recruit key people who have the knowledge required to facilitate successful funding applications.

“This meeting is a golden opportunity for local groups to come together and agree a new approach that would benefit them all and through that everyone in Lossiemouth.”

The meeting is being held in Lossiemouth Town Hall on Wednesday, April 23 at 7pm.